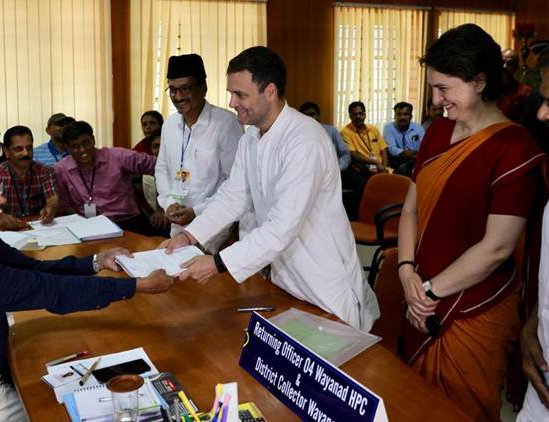 Addressing the press after filing his nomination, Rahul Gandhi said, “I know the Congress and the CPM are locked in a fight in Kerala. This fight will go on. I understand that my brothers and sisters in CPM will fight me, attack me, but I will never say a word against them in my campaign. My motto is to send a message of unity and peace in South India.”

During the roadshow, Gandhi and Priyanka waved to the crowd. As the vehicle inched forward, Gandhi was seen shaking hands with many elated supporters. Senior Congress leaders including former Chief Minister Oommen Chandy and Leader of Opposition in the Kerala Assembly Ramesh Chennithala also took part in the procession.