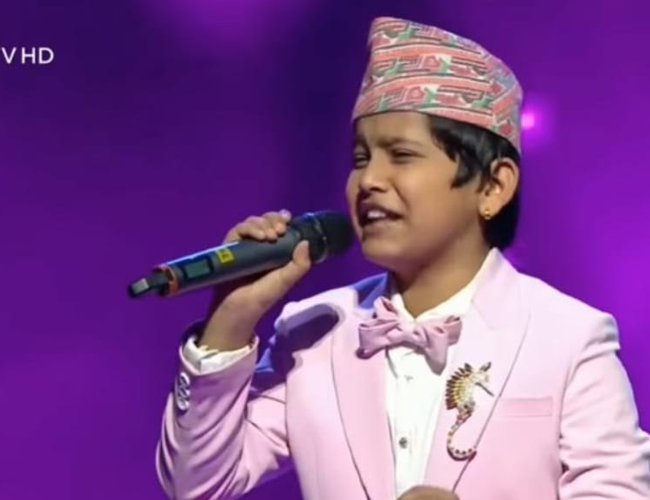 The April 6 Sa Re Ga Ma Pa Li’l Champs was dedicated to Kishore Kumar and it was Kihore Kumar Special and two guests were renowned music director Bippi Lahari and Amit Kumar. From little champ six years old Pranesh Tewari was out of contest.

It is getting tougher now with remaining 13 teenagers at the final stge.

However, two Nepalese teen agers Pritam Acharya and Aayush K.C are selected to the top 13 contestant and they will present their talent at Sa Re Ga Ma Pa Li’l Champs on April 6 and 7. Eleven year boy Pritam Acharya from Itahari secured 100 marks in all the competition except one. 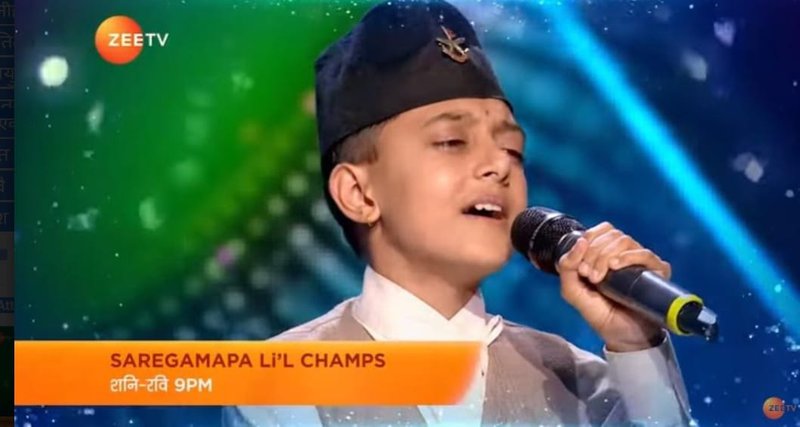 His fan except that he will repeat his performance today. He was able to pull concentration of audiences through music and songs. Another competitor 12 year old Aayush K.C of Kathmandu is also able to score good scores and response from judges.