If Ending Chronic Load Shedding And Making NEA Profitable Venture Is Crime, I Am Ready To Face Charge 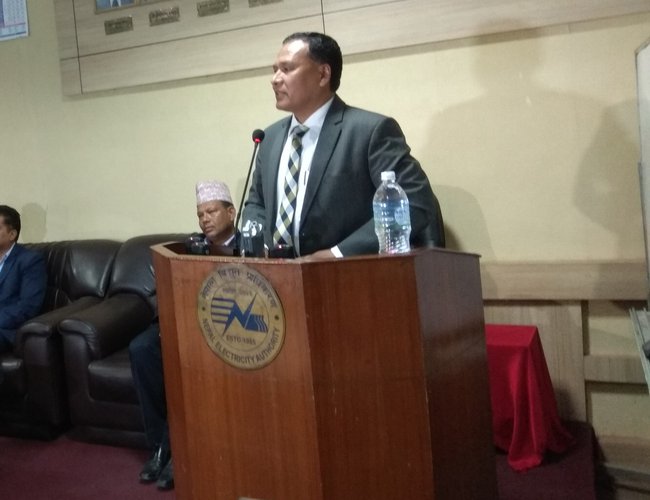 If Ending Chronic Load Shedding And Making NEA Profitable Venture Is Crime, I Am Ready To Face Charge. There are many policies and regulations need to make related Nepal Electricity Authority. Our team has been working day and night to solve the problems and fix them.

Since I was given responsibility of MD, our team has been working day and night to improve economic conditions, service mainly to end the load shedding from the first day. We have done what we have supposed to do.

Now, the loads heeding has completely removed from household and industry. Although this is a dry session, we have been spying the electricity. Of course, there is a technical difficulty; we need to do more work to improve the quality.

Within this fiscal year, we will charge 50/60 substations to improve the quality of electricity supply. Few new projects will be completed soon. Trishuli 3 A, Kulekhani III at the process of completion. We are completing many sick projects.

Many other projects are in the process of completion. We are launching new project as well. We have been working to fulfill government’s target to provide access to electricity to all Nepalese in four year. Community and NEA’s employees are evaluating what we have been doing.

Despite all these works, some persons in responsible position are issuing statement ignoring what was the state of load shedding in the past and what is the present state. Ending load shedding is possible because of support given by the government, NEA’s team work and community’s backing. We have completed two tasks including making NEA profitable institution from a heavy loss and ending load shedding. 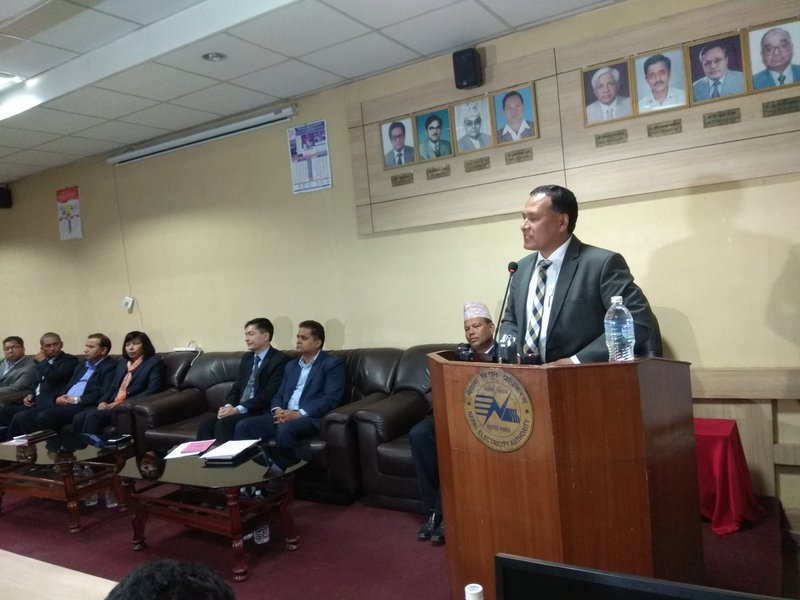 Those people, who were enjoying in NEA’s loss and load shedding, have been in desperately making efforts to defame our team. Every disinformation and defaming activities have been taking place under the involvement and backing of the people responsible for load shedding. They have been mobilizing and using media and all concerned people how to weak the team and defame us. We know all this.

No one care when NEA was losing 9 billion. Why all of them suddenly questioning our intention when NEA has made profits and end the load shedding? Nobody believes in early days that ending load shedding was possible. Even the employees of NEA did not believe that NEA can be made profitable venture. Some people are still saying that the current profit is due to the government subsidy. They are disseminating disinformation.

There are charter accountants and Auditor General’s office who audit our account. However, a fifth grade employee is questioning the process. This showed that there is a conspiracy within to defame us.

So far as trade union is concerned, there is a provision to hold the elections in every two year by management. No one has right to launch disinformation campaign against management to postpone the election.

Those who have been playing the game placing NEA in crisis are despite to defame us. I have objections against the disinformation campaign against us. There is a media campaign saying that NEA’s MD accumulated huge property. There is an agency to investigate the charges. There is a new that MD received 6 million as meeting allowances holding 13 meetings a day is it possible to make such things? I was appointed through an agreement to evaluate working performance. There is agreement under which the government evaluates work performance. There is a committee under joint secretary. I am receiving monthly Rs.200, 000.00 incentives. I collected 600,000 allowances last year including the meeting of promotion committee. They leaked the information adding one zero on it.

I have been taking allowances, incentives and salary as part of the law in transparent manner. Everyone can read and see it. In the past, NEA’s MD is like a helpless under a group of employees. There was anarchy. This was the reason NEA was in loss. Those, who were in the process of to completely destroy NEA, are again in the forefront. I challenge them to come with any proof of corruption and irregularities; I am ready to face them. Otherwise, those who have been accusing me with false charge should be punished.

I will maintain chain of command and overcome the wrong doing. I am committed to strengthen and make NEA financially strong.

Statement based on MD Press meet.