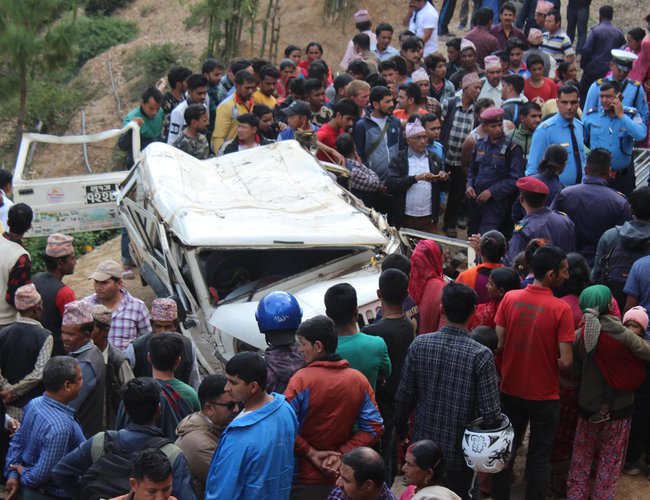 According to Central Police News Bulletin four people died and 27 other injured when a bus collided in a electric pole in zero kilo of Dharan Sub-Municipality ward 13.

Four people including the bus driver died while under going treatment in Ghopa Hospital in Dharan.

Similarly, four persons died and 15 other injured when a jeep heading to Baraula of Pyuthan from Sandhikhark crashed few kilometers from the district capital.

Out of injured, 12 passengers were taken to Bhairawa Medical College Hospital for further treatment. According to eye-witness, the jeep feel from hill when jeep driver was chatting with a girl sitting at the back.

Those killed in the accidents are one children, two women and a man.

A women, who is yet to identify, killed when an unidentified vehicle hit her in Jyamire Bridge of Sunwal Municipality Ward 5.