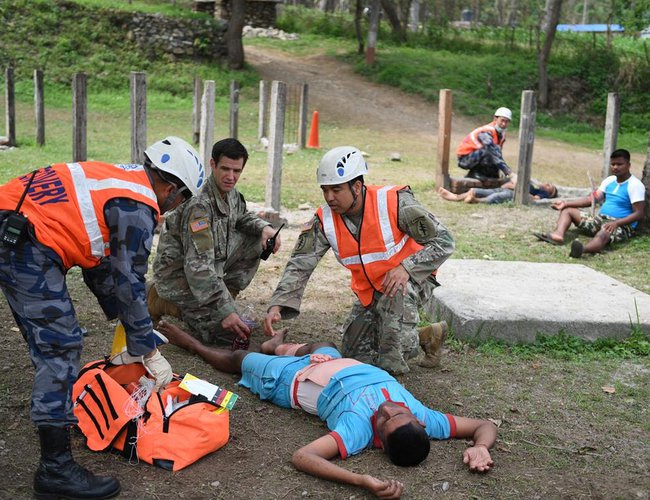 U.S. Army Soldiers and members of the Nepal Armed Police Force (APF) teamed up to exchange medical first responder knowledge. The weeklong Subject Matter Expert Exchange (SMEE), which took place April 8th through the 12th, was a marquee event in the beginning of a new partnership between the U.S. Special Operations Command-Pacific (SOCPAC) and the APF.

This was the first time the two organizations have ever worked together in this capacity. The SMEE took place at the APF’s Disaster Management Training School in Kurintar and covered many medical and disaster response topics, including tactical combat casualty care, trauma patient assessment, crush injury protocol, disaster trauma scenarios, and triage. Both sides pulled from their vast knowledge and training experience to exchange best practices and ideas to improve each other’s disaster medical first responder ability.

“Events such as this, where U.S. and Nepali forces teach and learn from each other, are an important aspect of the strong partnership between our two countries," said Captain Jihye Lee, Team Leader for the U.S. team.

XcelTrip Reaches Out To Hotel Industry In The Hour Crisis By NEW SPOTLIGHT ONLINE 14 hours, 41 minutes ago