Fire Breaks Out in Historic Notre Dame Cathedral In France

Fire Breaks Out in Historic Notre Dame Cathedral In France 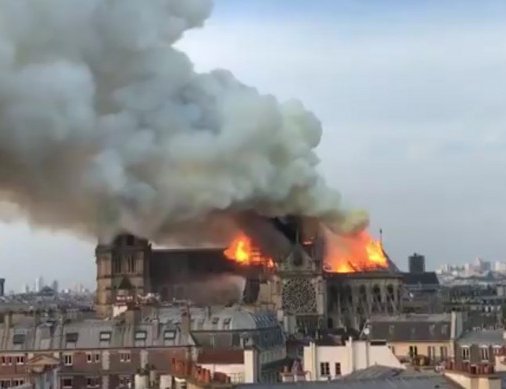 The historic Notre Dame Cathedral in Paris, France caught fire today, threatening one of the world's most famous and beloved cathedrals.A massive fire at Notre Dame Cathedral tore through the historic site this afternoon, forcing evacuations of thousands of tourists and visitors and threatening one of the world's most prominent cathedrals.

The 900-year-old structure has been undergoing renovations, so the roof of the cathedral is covered with scaffolding. So far, there is no reporting on what caused the fire to break out or whether the fire was related to the restoration work.

Located on an island in the middle of the Siene River, Notre Dame recieves nearly 50,000 visitors a day and is one of France's most cherished historical sites.

Why This Fire is so Hard to Stop

Firefighter Gregg Favre on Twitter posted a thread after some of his friends and followers sent him DMs asking why the fire in Notre Dame is spreading so quickly and gave a great explanation of why Notre Dame is particularly emperiled by this fire, as is the surrounding area.

The first issue is how old churches are built - heavy timber construction with large open spaces and very few (if any in a church like #NotreDame) fire stops. 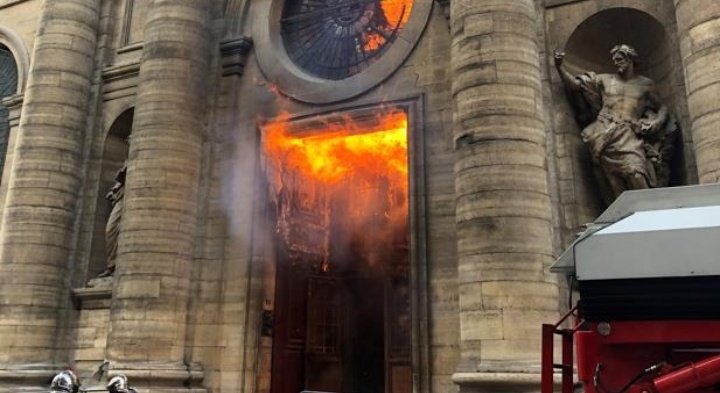 A firestop is a passive fire protection system made up of various components and used to seal openings in buildings.

If the fire started high on the structure, there is a chance that Paris Fire can save the walls and unimpinged areas of the Cathedral.

But the roof has basically been surrendered at this point. The peak, the lack of access and fire spread means almost certain loss.

Taliban Regime Bans Female From Working In Afghanistan By Agencies 1 day, 4 hours ago

France Recalls Envoys from The US And Australia Amid Security Pact Row By Agencies 2 days, 3 hours ago

Change Of Power In Afghanistan Not Inclusive: Indian PM Modi At SCO Summit By Agencies 3 days, 4 hours ago