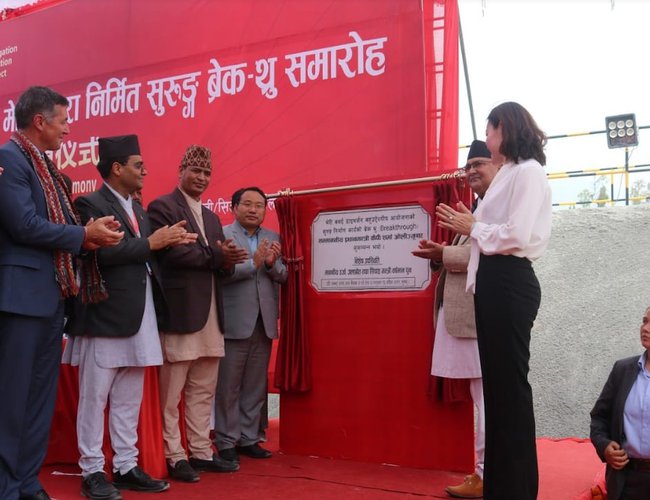 “TBM has shown that quicker development is possible. We need to use this technology to speed up the pace of development,” said PM OLI.

He said that the construction of the project will provide irrigation and hydropower. After irrigation the country will get Rs.4 billion equivalent benefits and 3.1 billion from hydropower.

He said that concerned ministry needs to work fast to build the irrigation canal to deliver the water to the land of farmers of Banke and Bardia. He said that the water from Bheri will irrigate the land of Nepali farmer not this or that province.

Minister of Energy, Water Resources and Irrigation Barsha Man Pun said that the project will irrigate 41000 hector of land and generate 48 MW power. He said that 49 percent of the share will be given to the people. 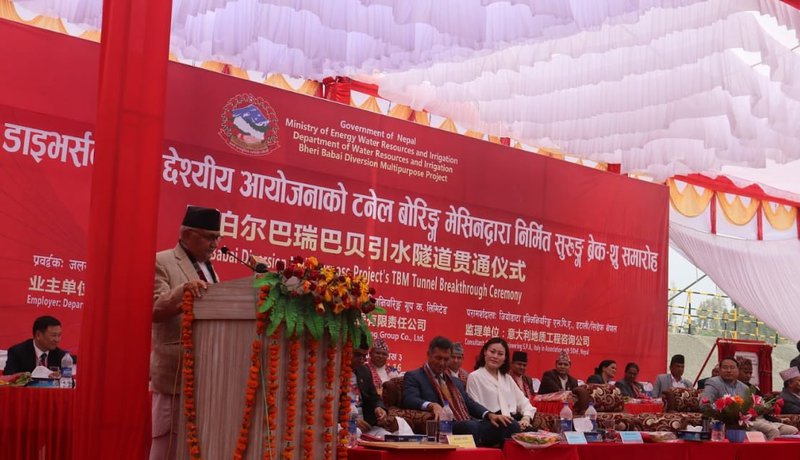