42 Killed In Series of Explosion In Colombo

Hundreds of people have admitted to hospital in the attack on Batticaloa in the east of the country. Local media say at least 24 people have been killed in that explosion 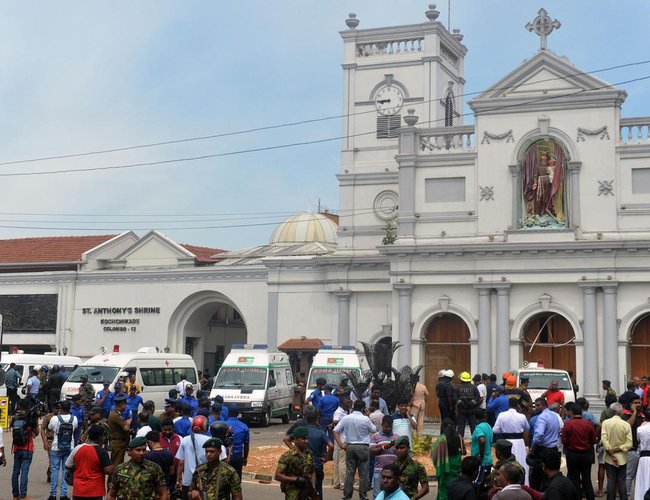 According to Sri Lanka's online, thenational.ae,three of Colombo's high-end hotels were also targeted in quick succession, police and security services said. Hospital sources said at least 42 people have been killed the in six blasts across the country and hundreds more taken to hospital including foreign tourists. Follow the latest updates below.

Airport authorities say only passengers will be allowed inside the airport building with immediate effect until further notice in view of #EasterSundayAttacksLK #lka.

Police have raised the death toll to 42 including one person killed in the blast at the Grand Cinnamon Hotel in Colombo.

Hundreds of people have admitted to hospital in the attack on Batticaloa in the east of the country. Local media say at least 24 people have been killed in that explosion.

A secuirty official said the six blasts happened nearly simultaneously. The official says they suspect the blasts at two churches were carried out by suicide bombers.

One church, St. Anthony's Shrine, and the three hotels are in Colombo and are frequented by foreign tourists. The other two churches are in Negombo, a Catholic majority town north of Colombo, and the eastern town of Batticaloa. Multiple blasts reported in Sri Lanka including at churches as people attended Easter services.

One of the explosions was a St Anthony's Church in Kochchikade of the capital, Colombo. Another church in Katuwapitiya, Katana was also hit. Photos circulating on Twitter shows a disoriented Easter Sunday congregation at St Anthony's church and rubble from tiles of the roof strewn over the floor.