Food safety is associated, rightly, with the risk of food-borne illness caused by unwanted bacteria such as E.coli or listeria, or fungal pathogens such as aflatoxin 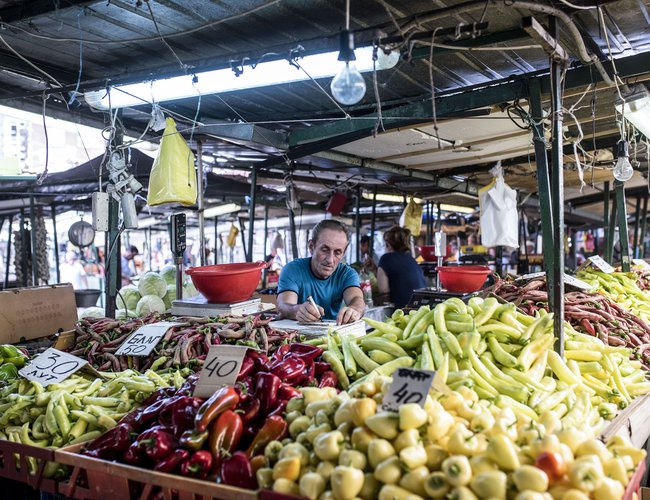 On April 23rd, the World Trade Organization (WTO) is hosting the International Trade and Food Safety Conference, in Geneva. It is a continuation of the debates to discuss the future of food safety, which that started in Addis Ababa, Ethiopia, last February, in a successful event co-organized by the Food and Agriculture Organization of the United Nations (FAO), the World Health Organization (WHO) and the African Union.

Food safety is associated, rightly, with the risk of food-borne illness caused by unwanted bacteria such as E.coli or listeria, or fungal pathogens such as aflatoxin. The main such hazards are responsible to around 600 million people falling ill each year and 420,000 deaths around the world, with the populations of Africa and Southeast Asia bearing the highest burden.

However, the time is ripe to expand our understanding of what is at stake. Food safety cannot be only about preventing people from getting food poisoning or falling sick due to food-borne illnesses, but must tackle the full spectrum of diet-related health risks

This is particularly the case of obesity. Globally, there are more than 670 million obese adults. Some projections estimate that the number of obese people will very soon overtake the number of people suffering from hunger - 821 million people in 2017. This has already happened in Latin America and the Caribbean region.

In fact, while hunger is circumscribed to specific areas, particularly conflict areas, obesity is everywhere. The world is witnessing the globalization of obesity. In fact, 7% of youth between 5 and 19 years old are obese today, up from less than 1% some 40 years ago. And obesity is not only a rich-world problem; eight of the 20 countries with the fastest rising rates are in Africa.

The consumption of ultra-processed food is one of the main reasons behind the alarming and growing levels of obesity – and associated non-communicable diseases such as diabetes and hypertension - which ultimately costs about $2 trillion a year in global healthcare costs and lost economic productivity. And yet large amounts of that ultra-processed food - typically loaded with saturated fats, refined sugar, salt and chemical additives – is still considered safe for consumption.

It is time to explore robust rules and regulations that effectively encourage the production, trade, sale and consumption of healthy and nutritious foods. The legitimacy and rationale for action on this front was laid down when United Nations Member States adopted the Rome Declaration on Nutrition at the second International Conference on Nutrition (ICN2) held at FAO headquarters in 2014, and again last December, when the UN General Assembly adopted a Resolution on Global Health and Foreign Policy, indicating the progress of food systems as a global health issue.

The UN Resolution calls upon countries to promote healthy diets and lifestyles through action and policies, including the implementation of all nutrition-related commitments. It is the first step of a long way forward in establishing international regulation for healthy diets based on the fact that obesity is a public health issue and not merely a consequence of individual choices.

International trade is an important and essential tool for the pledge to eradicate hunger and all forms of malnutrition. Many countries, depend heavily on food imports to guarantee food is available for their people. Unfortunately, ultra-processed food, thanks in part to long shelf life, tends to fare better in international trade than its fresher relatives.

Governments have to create conditions for people to eat healthy food, and a broader set of rules will be needed. They should not only foster fair and efficient trading practices, but consider nutrition and health – and consumer awareness and access to reliable information - at the center of food safety.

The Codex Alimentarius, the body created by the UN’s Food and Agriculture Organization and the World Health Organization, is the premier venue for setting standards to address food-safety risks. Protecting consumer health is a core mandate. It can help set effective standards and labeling criteria that can boost awareness of where the real food-safety risks are.

With so many changes underway in our global food systems, due to urbanization, economic growth, climate change, e-commerce and new technologies allowing rapid genetic screening, the time for bolder decisions is now.

More Than 6.7 Million People Globally Recovered From COVID-19 By Agencies 1 day, 3 hours ago