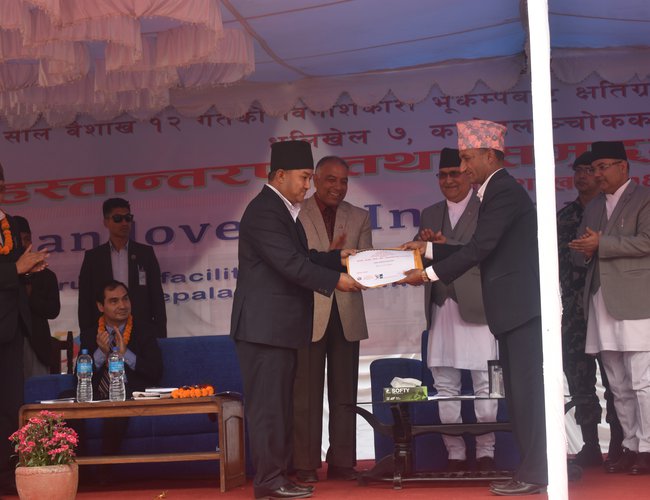 Prime Minister K.P. Sharma Oli handed over the newly reconstructed Sanjiwani Secondary School in Dhulikhel to the community at a ceremony on 24 April 2019. The Asian Development Bank (ADB) is supporting the reconstruction of 154 such schools badly damaged by the 2015 earthquake under the Earthquake Emergency Assistance Project.

“A better reconstruction process can strengthen a country’s resilience to natural disasters. Reconstruction offered us an opportunity to build back better and all the schools reconstructed after the earthquake with ADB support follow better standards, building norms, and amenities,” said ADB Country Director for Nepal Mukhtor Khamudkhanov. “The schools are not only safe and earthquake resistant, but also have better facilities. A safe and nurturing learning environment goes a long way in helping children develop their full potential.”

Sanjiwani school is one of the 9 model schools reconstructed under the project. Besides 32 new classrooms, the school has a 12-room hostel for out-of-town students. To enhance science education, the school has been provided with ICT and science laboratories equipment. The model school concept is a new initiative under the government’s School Sector Development Program, which aims to improve the quality of education in Nepal.

At the same event, two district roads in Kavre and Bhaktapur rehabilitated under the project were handed over to the provincial government in the presence of the Minister of Communication and Information Technology Gokul Baskota and the Chief Executive Officer of the National Reconstruction Authority Sushil Gyawali. 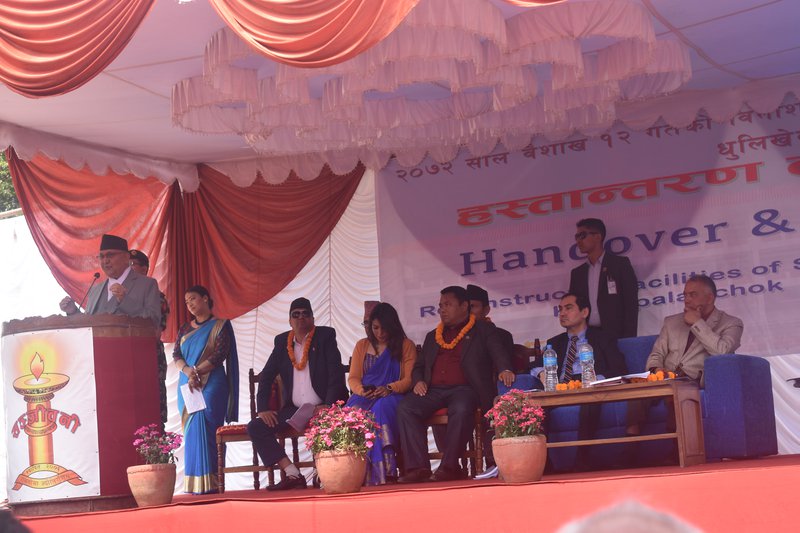 ADB is supporting the government’s efforts to put thousands of children back into schools, return vital government services to earthquake-affected communities, and create jobs and income for families by repairing critical road networks. A total of 162 schools, including 17 schools funded by USAID and 8 schools funded by the Japan Fund for Poverty Reduction, are nearing completion with 90 schools already substantially completed under the project. ADB is also supporting reconstruction of 174 schools under the Disaster Resilience of Schools Project. ADB is supporting schools to prepare their own school disaster risk management plans. ADB support to Nepal reconstruction totals $382 million.

PM Oli Greeted PM Modi On The Occasion Of Its 74th Independence Day By NEW SPOTLIGHT ONLINE 4 hours, 43 minutes ago