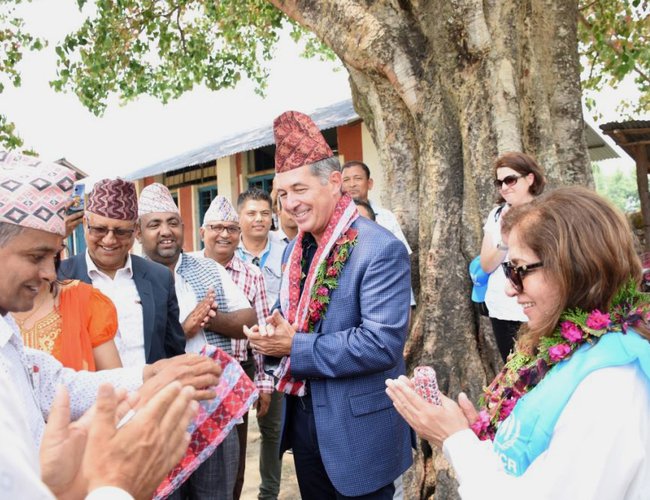 The US Ambassador to Nepal. Randy Berry, visited refugee settlements in Jhapa and Morang Districts on Friday to gain first-hand impressions about the situation of Bhutanese refugees.

The Ambassador was accompanied by Leah Zilversmit Pao, Deputy Regional Refugee Coordinator from the US Embassy in Kathmandu.

During the trip, Berry met with local officials, held discussions with representatives from UNHCR and the International Organization for Migration, and spoke with refugees to learn more about the issues affecting them. He also observed various livelihoods programs including a mushroom farming initiative, designed to increase their self-reliance. 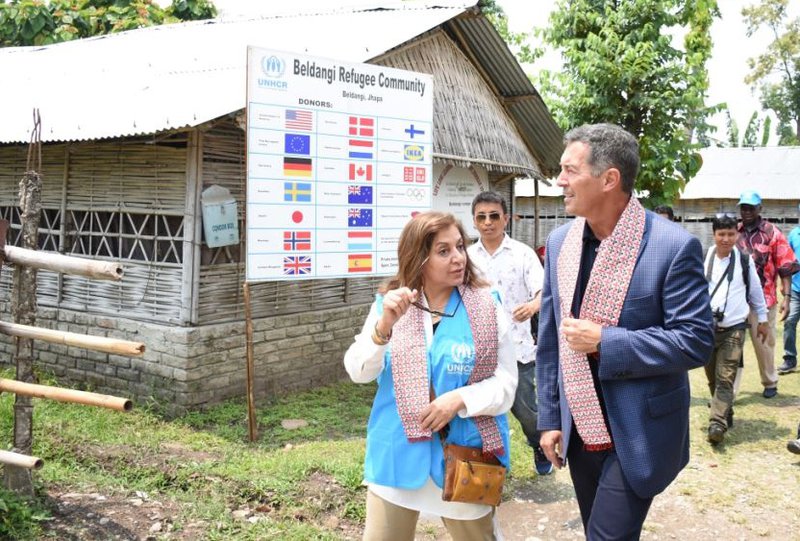 “I am very pleased to see the many ways in which this group of refugees is increasing its ability to pursue livelihoods, boosting its resiliency and contributing to the local community. This would not have happened without assistance from UNHCR, the Government of Nepal, other donors and the local community. Over the past decade, over 96,000 Bhutanese refugees have been resettled across the United States as our contribution to support their livelihoods. I am hopeful that dialogue between the Nepali and Bhutanese governments can lead to a conclusive solution of this protracted refugee situation,” said Randy Berry, US Ambassador to Nepal.

The United States (US) is one of the major donor to, and an important partner of, the UNHCR in addition to being the world’s top resettlement country for refugees.

Under the third country resettlement programme, more than 113,000 Bhutanese refugees from Nepal have been resettled in eight countries, out of which over 96,000 were resettled in the U.S. alone. The other countries offering resettlement for Bhutanese refugees are Canada, Australia, New Zealand, Denmark, Norway, the Netherlands and the United Kingdom. 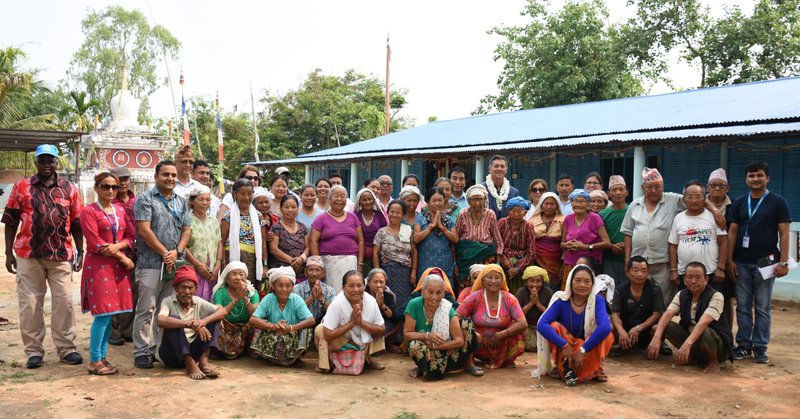 The current Bhutanese refugee population in the two settlements of Beldangi and Sanischare is 6,626; UNHCR is working with the government, partners, and donors to pursue sustainable solutions for their future.

“Without the support of the Government of Nepal and the international community, the resettlement programme for Bhutanese refugees would not have become successful,” said Bushra Halepota, UNHCR Representative in Nepal, who accompanied the ambassador during the visit. “A special thank-you goes to the United States for their continued support.”

Taking advantage of the space created by the success of resettlement programme, UNHCR, together with government authorities and partner agencies, is working towards increasing access to local social protection services and inclusion of refugees in development planning in the spirit of “Leave No One Behind” principle of Sustainable Development Goals.

Thanks to the support of the Government of Nepal and the local authorities, many Bhutanese refugees are now going to the same hospitals and access the same treatments as locals. Similarly, some refugee children are studying in the same public schools as children of the host communities.

The ongoing activities for the refugees and the host communities in the eastern Nepal complements the Global Compact on Refugees (GCR), endorsed by the UN General Assembly in December 2018, which calls for sustained commitment and engagement from all stakeholders for the well-being of refugees and host communities.

“Our focus now is on building synergies between the refugees and the host communities and providing timely support so that they can lead productive lives with access to health, education and job opportunities,” said Halepota, adding “At the same time, UNHCR stands ready to support and facilitate dialogue between the Governments of Nepal and Bhutan for voluntary repatriation of Bhutanese refugees, who are willing to voluntarily return to Bhutan.”

Nepali Embassy In London To Open All Days By NEW SPOTLIGHT ONLINE 1 hour, 52 minutes ago