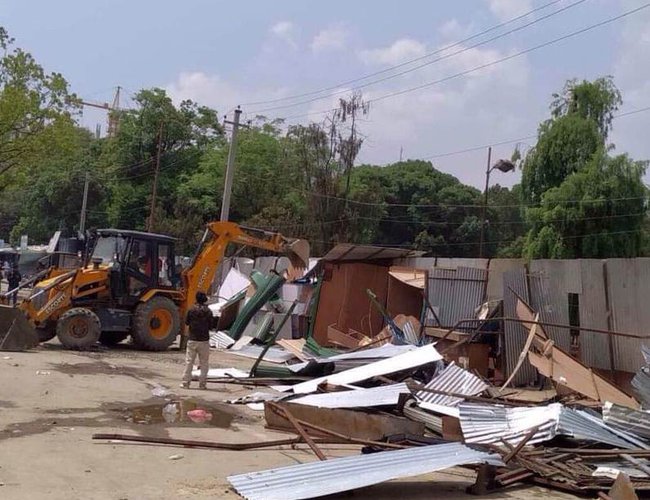 With the order from KMC Mayor and Deputy Mayor, the dozer is mobilized to destroy the illegal infrastructures. Contractor Jaleshower Sochhanda Bkoi Builders Pvt Ltd , who was provided the contract to build Kathmandu View Tower at the Old Bus Park, Ratna Park, had built as many as 52 stalls to rent them out to private vendors.

Jaleshower Sochhanda Bkoi Builders Pvt Ltd was granted permission by KMC to build some fundamental structures at Khulla Manch, such as a restaurant, a health facility, couple of toilets and two bus stands there. It was a three year contract beginning 6 April 2017.

These stalls are built by encroaching 13.5 ropanis of the public land. KMC has done nothing to remove the encroachments.

The place used to be a place to hold the big rallies. Thousands of people took refuge at Khulla Manch, the open space in the heart of the city, when the devastating 7.8 magnitude earthquake hit Nepal exactly four years ago.

As illegally the Khula Munch encroached, scores of activists and locals gathered in Khulla Manch decrying illegal encroachment of the area by a private contractor, ‘with the tacit support of Kathmandu Metropolitan City’.

The contract was given for facilitating the builder who had secured a contract to build a view tower at the Old Bus Park on 6 March 2015, within five years.

Two dozen shops that include fancy store, groceries and restaurants are already operating from these stalls. However, there is no sign of a medical facility nor standard bus stands at the site as mentioned in the contract. The builder at the bus park has been charging money from commuters for using public toilets.

Biraj Bhakta Shrestha, Provincial Assembly member of the area who initiated protest, led a group of locals from Khulla Manch to KMC, where they staged a sit-in briefly. 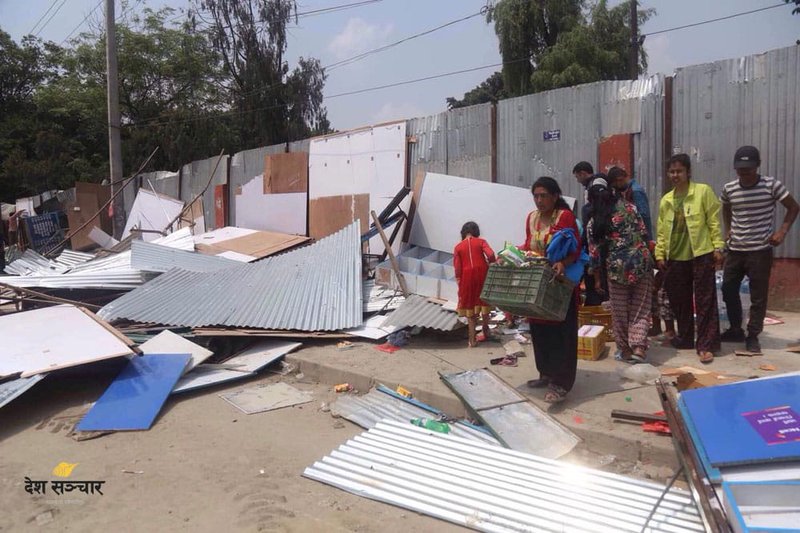 Heritage conservation activist Ganapati Lal Shrestha, who has been leading protest, said," our protest will continue to till complete demolition of illegal stalls."

Discussion On Gurkhas By NEW SPOTLIGHT ONLINE 13 hours, 34 minutes ago

Nepal To Establish 500 BOP In Border With India And China By NEW SPOTLIGHT ONLINE 2 days, 19 hours ago