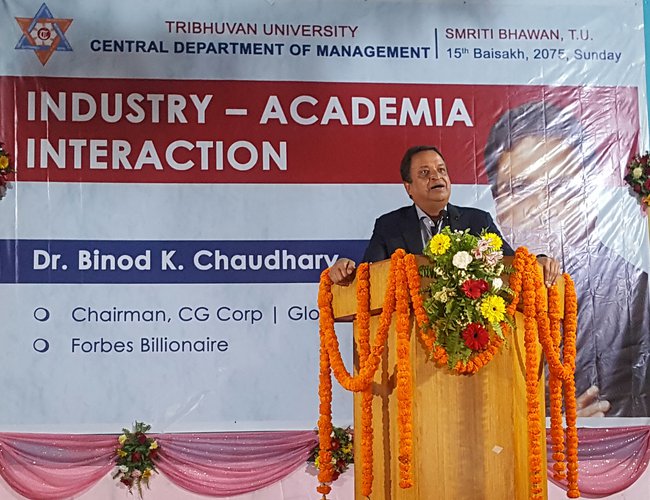 Industrialist and chairperson of Chaudhary Group Binod Chaudhary suggested the students of Tribhuwan University to march ahead to meet target leaving inferior complexity.

Addressing 700 Master students of Tribhuwan University Central Department of Management, Chaudhary said that success in the life depends upon how one pursue is determination.

He suggested students to decide their future destiny. "Today's world is most important for the youth below 30 years as this group of youths have contributed for all achievements made in the Information technology sector," said Chaudhary. There are a lot of opportunities for the youth who are now in the room."

He said that three S like Skill, Scale and Speed are most important indicators for the success. "Your university education should be for the achievement of that skills," said Chaudhary. "If you are able to broadly implement the skill achieve in the university, then only you will be successful."

He said that today world is moving fast and the world cannot move in your own speed. Industrialist Chaudhary said that one need to move at the speed of others. For this one needs to give up confusion and inferior complex.

"It is not true that only those studies in high class university make success. Even I myself pursued my education in TU affiliated campus. If that would be the case, I would not be a billionaire," said Chaudhary. He cited the example how a youth from Ukraine Jan Koum has made a great a success making WhatsApp. Even the students from TU can invent world class innovation. For this students need to aspire it and follow it.

He gave many names of youths who have made achievements in the world and become member of billionaire club even even before 30. 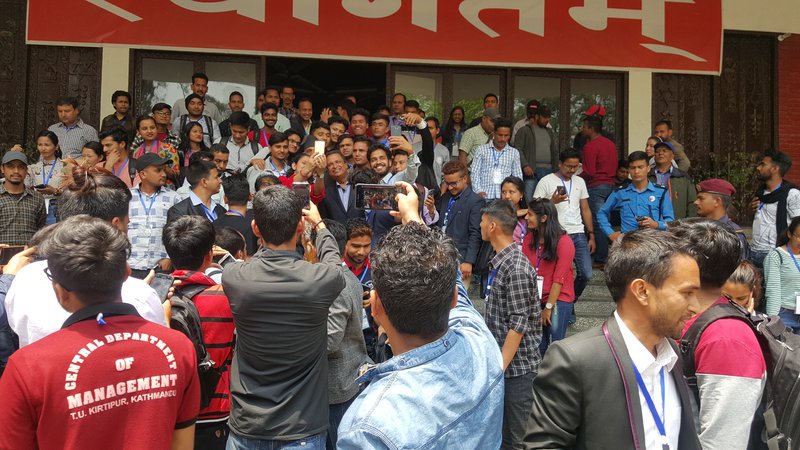 He said that the world is changing fast and its implication will also affect Nepal. Instead of people, there is growing a growing use of robots and technology and they will snatch the job youth. As the world is now under influence of artificial intelligence, there will be likely to cut down the numbers of job globally. He said that pilotless fighter plane, driverless cars and robot for work place have already been innovated suggesting student to think one step ahead.

Industrialist Chaudhary said that there require require P2 or Pro-public politics in Nepali Politics and G2 or Good Governance. He said that the University has already produced prime minister, minister and civil servant expressing the hope that the university will produce politicians to implement P2 and G2.

He also shared with students on world class successful brand like Waiwai and CG Hospitality. 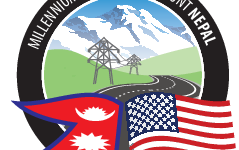