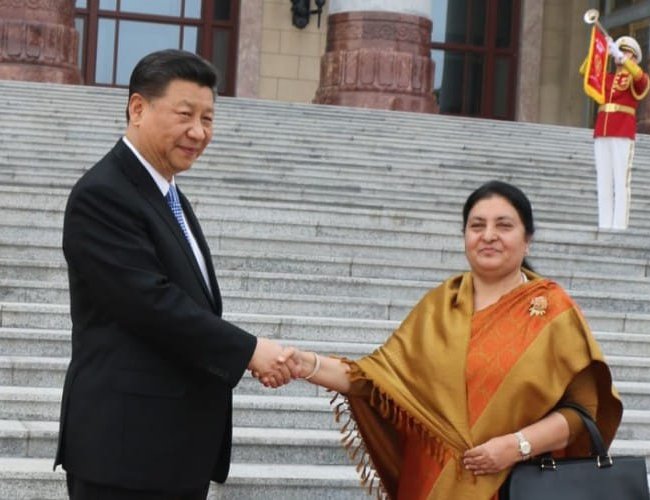 During the meeting, president Bhandari said that she started her state visit from Xian and she was very much impressed with the progress of the city. She thanked President Xi for the hospitality given to her and Nepali delegation.

During the meeting, president Xi hailed the opinion expressed by president Bhandari in second and third forum of BRI. He said that China is ready to give new height to China-Nepal relation.

Xinhua added that President Xi Jinping and his wife Peng Liyuan were joined by foreign leaders and their spouses for a horticultural exhibition tour in Beijing's northern district of Yanqing on Sunday.

The foreign guests, coming for the International Horticultural Exhibition 2019 Beijing, were received by Xi and Peng at the China pavilion of the expo park and introduced to different exhibitions featuring characteristic plants and unique gardening arts presented by various regions.

The China pavilion not only boasts wonderful gardening but also demonstrates the country's willingness to pursue a green life and share the benefits of development with the rest of the world, said Xi.

They also visited the gardens of Cambodia, the Czech Republic, Djibouti, Kyrgyzstan, Myanmar, Nepal, Pakistan, Japan, Singapore and Tajikistan in the international horticulture zone, and attended a tree-planting ceremony. 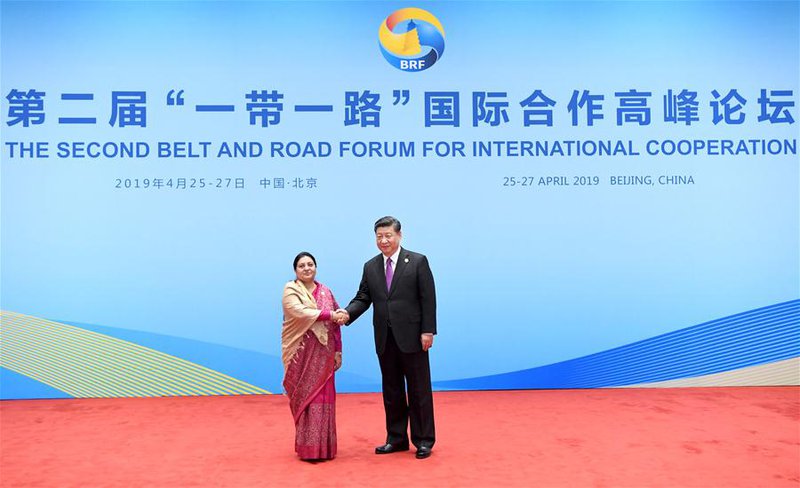 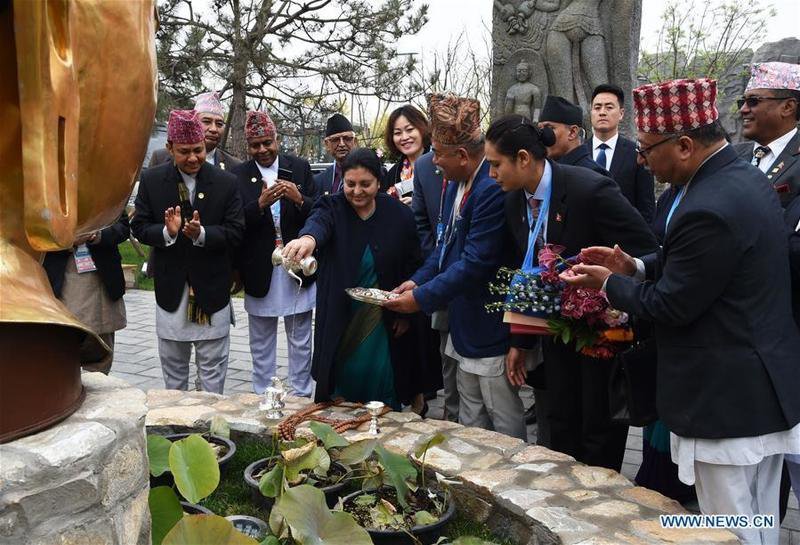 We Look Forward To The Further Strengthening of India Nepal Ties: PM Modi By NEW SPOTLIGHT ONLINE 2 days, 22 hours ago