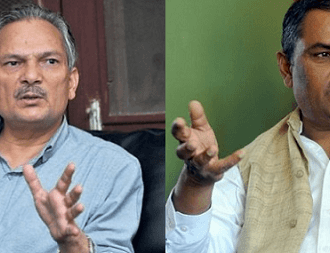 Dr. Bhattarai and Yadav also agreed to take major decision on the consent of two leaders. Ashok Rai will be in third position in the leadership line.

If they agree to merge, Forum’s forthcoming convention will be postponed. After merger, the party is going to be third largest party with 17 members in Federal Parliament.