Bolts From The Blue

Bolts From The Blue 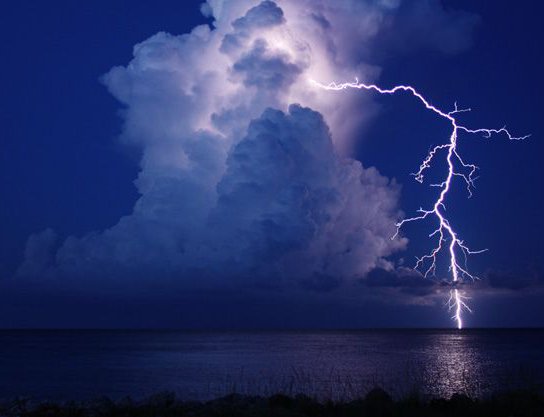 The sudden ‘Havahuri’ plus the subsequent rains on Sunday, the 31st of March created havoc in two districts of Bara and Parsa in Southern Nepal. For the first time in the documented history a deadly tornado struck parts of the country and twenty seven people died in its wake. This was a bolt from the blue, though it has been part of our tradition that ‘Shivratri Showers’or ‘Makai lai Pani’ tended to occur at this time of year. Four rural municipalities were hit and Pheta suffered massively. The industrial loss of this misfortune is expected to be immense. This occurrence has made many Nepalis aware that such disasters can occur anywhere in Nepal without any notice whatsoever. Though offers of aid have been prompt and residents told that houses will be reconstructed within four months, one is left wondering if it will become a reality. A point to appreciate however is the quick response of the army and police personnel stationed nearby. The attention of not only the people in Nepal but also of the world has been focussed on the fact that the frequency of such disasters seem to increasing by leaps and bounds almost everywhere. Is this all the result of global warming occurring worldwide these days? One immediately calls to mind the wild fires that ravaged the area of Paradise in California. What irony that a site named Paradise became a major disaster area!

During the last two years one has read, heard and seen in the media of the many disasters that seem to be showering on the world these days. Are these are occurrences from China, Japan or Philippines in Asia, to Iran in the Middle East, to Mozambique in Africa, to Mexico, USA, Cuba and Canada in the Western Hemisphere portents of the future? Europe has had its shares of excessive rain, snow, sleet and floods.

The Saptakoshi River which flows from Nepal to Bihar has been notorious for causing floods and is known colloquially in the area as the ‘River of Sorrow’. Though attempts have been made to mitigate its effects by the construction of the Koshi Barrage in early 1960, the effort has not been entirely successful. The river took a heavy toll in Sunsari and Saptari in the floods of 2008. A recurrence of this took place in August / September 2018 when a large number of houses were inundated in Hanumannagar.

Many can still recall vividly the earthquake of 25th of April 2015. This quake with a magnitude of 7.8 on the Richter scale took a massive toll of the Nepalis, about 8,200 amongst which there were many foreigners trekking in this land of ours. The quake with its epicentre at Barpak was a major disaster for Nepal. Just 85% of the houses have been reconstructed four years later. Reminder that it can occur again and again were the tremors felt in Dhading only last month.

Not content to facing the disasters brought about by the vagaries of Nature one is confronted with major disasters as a result of modern living. The earth is not getting bigger but with the population increase there is requirement of corresponding facilities for work places, the production of food for the increasing population, places to sleep and for disposal of the waste products of living. These are the problems of the future.

Surprisingly the leader of the richest country in the world does not believe in the fact that it is global warning that is causing all this. What is heartening that many in the world are turning towards solar power and other forms of energy than the traditional sources?

Manmade disasters are also making headlines all over the world. Use of inflammable building materials were and are the causes of dance hall fires of Seoul and the 2017 Grenfell Tower residential building in London when 72 residents died. The fire at Notre Dame Cathedral in Paris in mid April is the latest of such bolts from the blue. The fire in a factory in Bangladesh some months back, showing pictures of people jumping out of the building, because of the heat and dying in the process brought sad memories of the 9/11 attack on the Twin Towers of New York in 2001.

The military, being put in charge of Disaster Management in Nepal may be taken as good strategy in that our army does not have to be used to stop the Chinese and the Indians coming to Nepal. After all we are on very good terms with both our neighbours and do not need to stop visitors from both the countries at the borders. Disaster management is what our army and to a certain extent the police force should be used for. This in fact will really be a good use of the expertise that our army and police have built up over the years after going in UN Peace Keeping Forces all over the world. One word of caution would be not to emulate the Thai and Chinese PLA by opening banks and conducting various other businesses.

It is said that the army has been given charge of building the estimated 2,500 single storey dwellings that were blown away or collapsed in the disaster in Madesh with the proviso that these should be completed within the next four months prior to the onset of the monsoons. Considering the magnitude of the disaster, one hopes that this will be done soon. One wonders whether this denotes a lack of trust in civilian concerns not being able to do designated works on time!