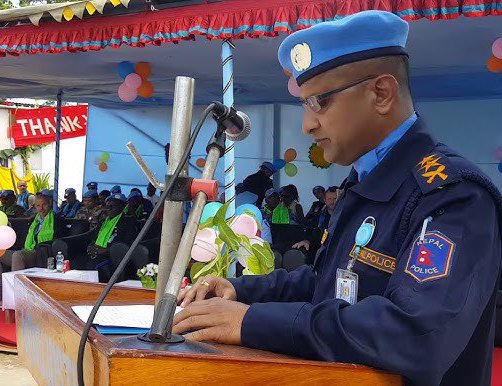 After serving for almost two decades in Caribbean country Haiti, restoring order and launching the rescue and relief operation under United Nations Peacekeeping Mission, the last Nepalese police contingents of 140 members returning to Nepal on May 1.

Nepal as a police contributor to the UN: As of 28 February 2019, Nepal is the fifth largest Troop and Police Contributor Country (PCC) with 5,757 uniformed personnel deployed in different UN missions.

According to UN Mandate, area of intervention of MINUJUSTH Police accompany and advise the National Police PNH at the strategic, operational and technical level, with a particular focus on the areas of command, control, operational planning and administrative management of the units and to provide support through joint checkpoints with the PNH, patrols and crowd control in the event of in demonstrations.

Under this mandate Nepal Police carried out the activities during the last year by the contingent include joint operations, joint patrols, static security, escort of humanitarian aid to hurricane-affected area and escort for UN Conveys. 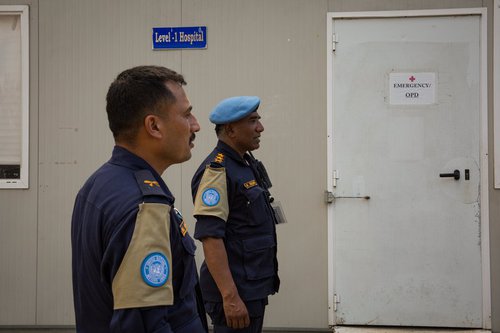 In a media interactions, MINUJUSTH spokesperson Sophie Boutaud de la Combe said that Haiti's Police force are capable themselves to handle the law and order situation now. With the support from MINUJUSTH, capability of Haiti's police have already developed and they are able to operate all police activities. She thanked Nepali Police for providing training for Haitian police under UN Mission.

Female nurse Bijaya Deuja said that she has taught the issue on how to handle gender based violence and sexual harassment issues.

In a Skype interview recently, commander Yadav said that Haiti has now a well trained police institution and police force to handle the law and order situation.

Nepalese Students Falls Under Proposed US Rule To Limit Student Visas To Two Years By Agencies 17 hours, 33 minutes ago

It Is Unthinkable To Talk About Degrading The Value Of Multilateralism: PM Oli By NEW SPOTLIGHT ONLINE 1 day ago

MELAMCHI Deadline 2021 By A Correspondent 1 day, 22 hours ago 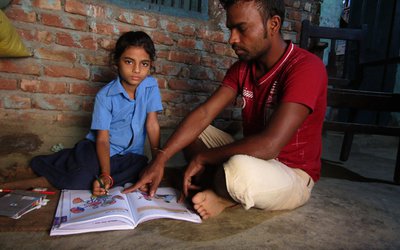 UNICEF and Save the Children Say 150 million additional children plunged into poverty due to COVID-19 By NEW SPOTLIGHT ONLINE 2 days, 20 hours ago