GCE A LEVEL Nepali On Top 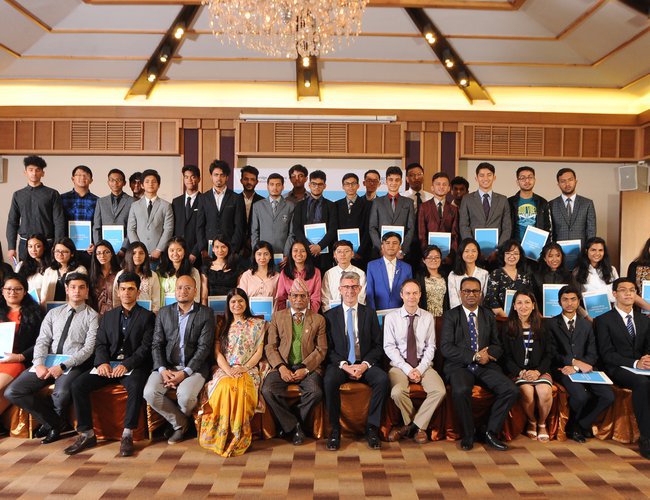 As in the past, students from Rato Bangala School maintained their best performance in the GCE A Level. After a long tap, students from Malpi International School also found their place on top in the exam.

British School, St. Xavier and Xavier International have also achieved major success in the GCE A level. However, Chelsi International School has failed to repeat the success with no student listed on the top

Three students from Nepal won Top in the World award and fifty-three students in Nepal won Outstanding Cambridge Learner Awards for their exceptional performance in the June 2018 and November 2018 Cambridge exam series.

There has been a growth of over 40 per cent in the number of winners from Nepal over last year. The award winners from schools across Nepal were recognized for their impressive academic achievements at the Cambridge Outstanding Learner Awards ceremony, supported by the British Council, on 12 April 2019, at Hotel Himalaya, Nepal.

Ruchira Ghosh, Regional Director, South Asia, Cambridge International, said, “We are thrilled by the performance of the students from Nepal and wish them the very best as they move onto bigger things and adventures in life. We at Cambridge take great pride in our curriculum as it prepares the students for a great future and higher studies by giving them a deeper understanding of the subjects and enabling them to think independently.”

Jim O’ Neill, Country Exams Manager at British Council Nepal, said: “The year 2019 is a special year as we witness a history in the making with the highest number of award winners from Nepal ever and it also marks six decades of British Council in Nepal. The success demonstrated by the students is not just a validation of our efforts but also a motivation to everyone involved in education, especially the teachers and academic leaders. I thank all the students for their superb efforts and wish them well on the next step they take in Higher Education and in their careers. I also thank the Ministry of Education for recent clarification that the A levels are equivalent to completing secondary education.”

Empowering Communities To Improve Quality of Education In Nepal By Keshab Raj Bhatta 1 day, 17 hours ago

IGP GYAWALY Simple Mantra By A Correspondent 3 days, 13 hours ago

DEFENSE MINISTER IN KALAPANI Conciliation or Provocation? By A Correspondent 4 days, 13 hours ago