Inviting social icons and celebrities, Nepal Tourism Board has started a unique approach to promote brands 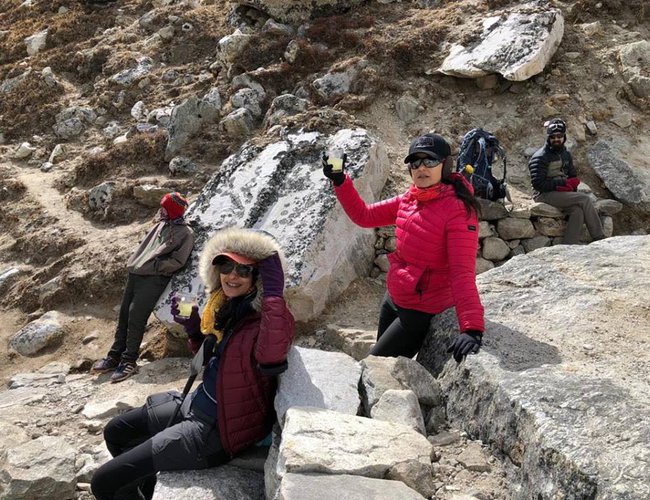 Although seven months remain for Visit Nepal Year 2020 to kick off, Nepal Tourism Board has already taken several initiatives at national and international levels to champion the brands of different tourism spots of Nepal using celebrities and diplomats.

In the month of April, popular Bollywood actress Manisha Koirala completed her Everest Base Camp Trekking. With a large number of fans in Nepal and abroad, particularly India, her trekking was a major milestone to brand Nepal's tourism destinations in India.

After completing her trekking, she shared her trekking experiences with journalists recently. Posting her pictures of Everest base camp through social media like Twitter and Instagram, Koirala disseminated the information about trekking on the trails of Everest.

Supported by Nepal Tourism Board to promote Visit Nepal Year 2020, she left Base Camp on April 7, along with two of her Indian friends, and returned after a week.

Along with Koirala, Canadian Ambassador to Nepal Nadir Patel also made his Everest trekking, terming his experiences to Everest Base Camp adventurous and memorable. Having visited other parts of the world as well for trekking, ambassador Patel's experiences were also shared globally through social media.

As over 30,000 thousand tourists from Canada visit Nepal annually and there are possibilities to increase the numbers, the base camp training has its own importance in the context.

Of late, CEO of Nepal Tourism Board Deepak Raj Joshi has been taking several efforts, including using high profile persons, in tourism promotion. Koirala sent a tweet that said the aim of her trekking was to promote Visit Nepal Year 2020 and thanked Nepal Tourism Board for grand preparation. She used social media widely to express how it helped refresh her. 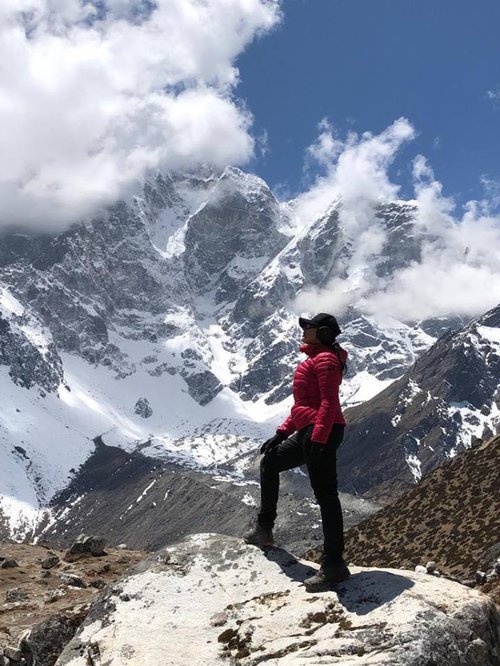 A cancer survivor, Koirala’s recent adventure trekking was another milestone. Along with this trekking, NTB is also supporting an Everest Expedition by mountaineers from Nepal, India and China.

With a target to bring in two million tourists by 2020, the government had announced the campaign last year. However, there is still the need to do a lot of work, which includes promotional activities like the current one.

After the announcement, Ministry of Culture, Tourism and Civil Aviation (MoCTCA), Nepal Tourism Board (NTB) and the private sector have been preparing for the campaign. The government has allocated Rs. 100 million in fiscal year 2018-19 for the campaign.

Chairman of the campaign committee industrialist Suraj Vaidya said that the committee has prepared a few programs in association with the private sector that have to be implemented before the current fiscal year ends.

Along with the committee, NTB's initiative to popularize the brands and destinations will help the mission of 2020 to bring two million tourists in Nepal.

Hotel Yak And Yeti Opens Its Restaurant For Guest By NEW SPOTLIGHT ONLINE 1 week, 5 days ago