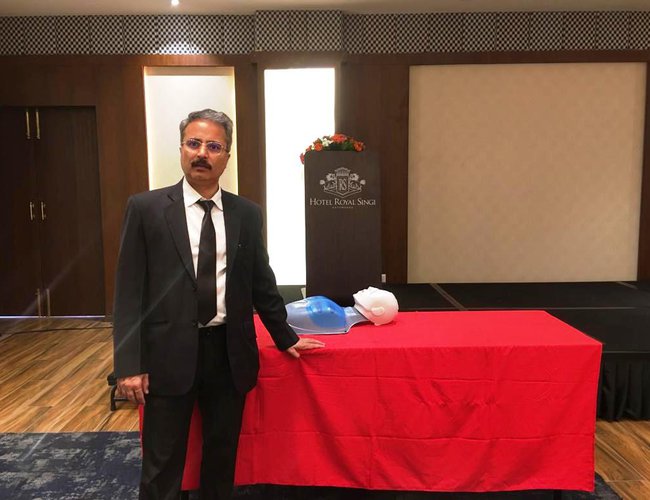 Renowed cardiologist from India Dr. Rajneesh Kapoor said that risk factor analysis showed that tobacco & alcohol consumption putting lakhs of Nepalese at early risk of heart attack up to 5% . He said reason for heart attack may not always be blockage in arteries.

According to him, 1025 patients Study finds heart attack in 4% patients because of other reasons such as spasm, inflammation and hence may not require stents in treatments. 5% of study population from Nepal; Risk factor analysis show tobacco & alcohol consumption putting lakhs of Nepalese at early risk of heart attack.

Acute Myocardial Infarction, commonly known as heart attack, is a life-threatening condition in which the heart fails to beat or partially stops. Commonly it is understood to be because of blocking of arteries that supply blood to heart and is treated with stents and medicines meant to keep arteries open.

A study by Eminent Interventional Cardiologist Dr Rajneesh Kapoor , working is Vice Chairman Interventional cardiology at Medanta Hospital , Gurugram , India gives new information. The report says that in 4 percent of acute MI cases the coronary arteries were found to have no obstruction. Hence no need of stents and no need of many life-long medicines in the treatment of such patients.

In the study, selected records of 1025 heart attack patients treated by Dr Rajneesh Kapoor in the year 2016-2018 were analysed. 76% were men and 24% were women. 34% were less than 40 years old with 2 patients less than 30 years old. Demographic classification showed 5% from Nepal; 3% from Saudi Arabia, Bangladesh and Sri Lanka; 92% from India.

The study population were treated using very advance diagnostic tools called OCT that provide 3D scans of internal structures that help in accuracy in treatments, even life-saving in few cases. It is noted that Dr Rajneesh Kapoor is one of most experienced Indian Interventional Cardiologist in this technology use.

The findings report that 4% of study population did not have any blockages in their arteries. Such condition is called MINOCA. Information obtained showed reasons such as inflammation, vasospasm etc for heart attack.

90% of MINOCA cases were seen in women and young patients.

Dr Rajneesh Kapoor told that “most of the times if on angiography no blockages are seen then the patient is sent back home without any further treatment. This leads to missing out on complete diagnosis, which may leave patient untreated and at risk of another event.”

Dr Kapoor told that “the practice of advance interventional cardiology enables us to understand patients underlying problem so we can provide each patient with the most disease specific therapies to prevent recurrence and improve outcomes.”

He further told that 98% of heart patients from Nepal were found to consume tobacco regularly. It is estimated in reports that prevalence of tobacco consumption will be 25% by 2025 and upto 40% by 2050. This makes lakhs of Nepalese population at risk of heart attack in next few years.

Addressing media Dr Rajneesh Kapoor told that in our effort to prevent deaths from heart attack we will be holding in Kathmandu one public lecture on heart disease prevention, training session on CPR, later in the day.