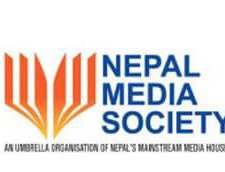 Society demanded that the government should withdraw the current bill and tabled another one after consultations with various stake holders like Nepal Media Society and Federation of Nepalese Journalists.

Society in its statement said that any efforts to controlling the rights of press are not acceptable to them. “The bill should be withdrawn as it is anti-press freedom and media,” demanded the society.

Media Federation of Nepali Journalists has announced protest programs against provisions of the bill related to constituting Nepal Media Council, which according to FNJ, could serve as a government-controlled council to curtail press freedom.

The umbrella body of journalists issued a press release stating that it would protest the provisions of the bill in front of the Parliament and in district headquarters on May 17 by downing tools. On May 14, journalists will wear black ribbons at their workplace and FNJ will also organize interactions at its central, provincial and branch offices to discuss their strategies.

FNJ has decided to hold discussions with its past office bearers, editors, lawyers and experts on the provisions of Nepal Media Council Bill on May 12, and it will submit its memorandum to the speaker and chairperson of the National Assembly on May 13.

On May 14, FNJ will hold discussion with chairpersons of relevant panels of the Parliament.

FNJ took these decisions after holding its central committee’s meeting, but prior to that meeting; it also held meetings with chairpersons and representatives of media outlets.

FNJ issued a press release stating that the provisions of the bill were aimed at placing government’s control on Nepal Media Council and curtailing press freedom.

The journalists’ umbrella body called on the government to withdraw the bill and register a new bill that conformed to the spirit of the constitution, freedom of press and expression and was in line with national and international norms.

FNJ has also demanded that the anti-media provisions of the Advertisement Bill and Information Technology Bill, being considered by the Parliament, should be dropped. F

The government registered the Nepal Media Council Bill in the National Assembly, the Upper House of the Parliament Thursday.

However, Minister for Communications and Information Technology Gokul Prasad Banskota has assured that the Media Council Bill was being brought for the greater good of journalists.

At a press conference organized by Press Chautari Nepal and Press Centre Nepal here today, Minister Banskota shared that new rules would be introduced to ensure journalists’ rights and welfare.

According to him, some media owner were dreadful of facing the music as they were not paying their employees a minimum wage determined by the government but dodge taxes. Urging the working journalists to be assured, he pledged to secure their rights and welfare.

Nepal Army In Search Operation To Find Out Missing Korean And Nepali In Annapurna Circuit By NEW SPOTLIGHT ONLINE 17 hours, 26 minutes ago

India Supported Construction Of A School Building In Thankot By NEW SPOTLIGHT ONLINE 19 hours, 15 minutes ago