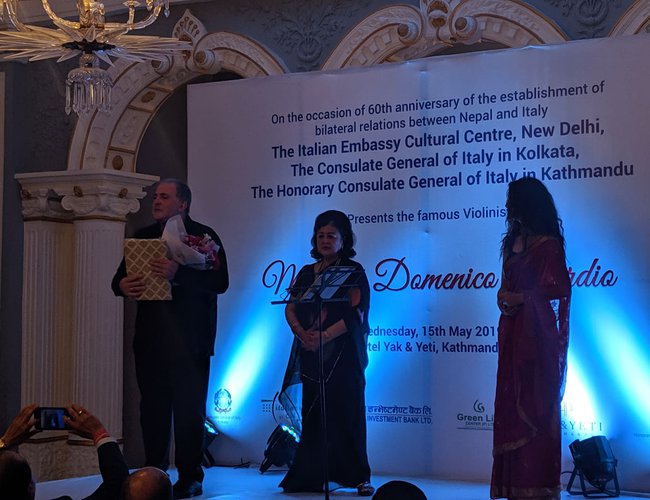 For the first time, Kathmandu witnessed a musical performance with a difference. Acclaimed Italian violinist Domenico Nordio performed his solo violin in Kathmandu. 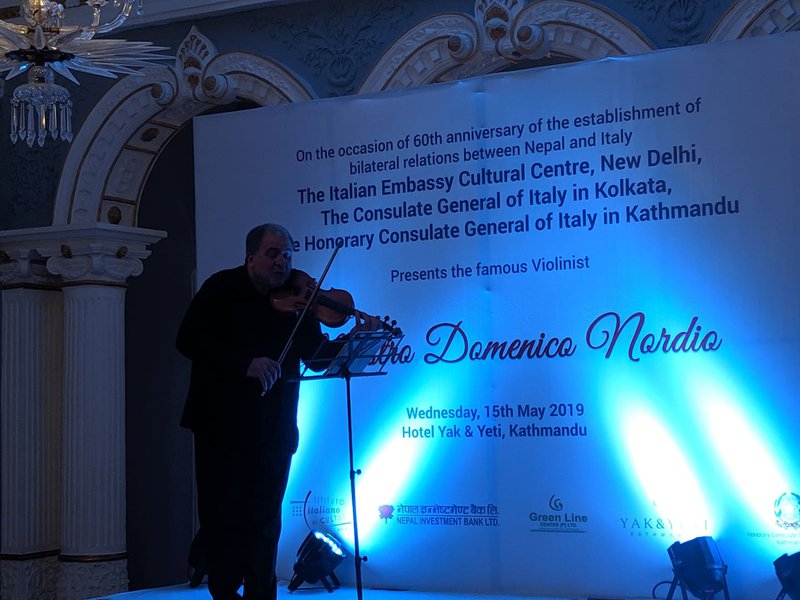 The Solo Violin concert was organized on the occasion of 60th anniversary of the establishment of the bilateral relations between Nepal and Italy. In his hour long solo performance, Domenico Nordio has shown his mastery in violin drawing the attention of Kathmandu’s high level crowed.

Italian violinist Domenico Nordio has performed with leading orchestras – London Symphony, Academia di Santa Cecilia, Orchestre de la Suisse Romande and many more in the top venues around the world, including Carnegie Hall, Salle Pleyel, Teatro alla Scala and Suntory Hall. As a chamber music player, he regularly appears in prestigious festivals alongside such artistes as Misha Maisky, Louis Lorite, Boris Belkin, amongst others. He is the Artist-in-Residence of the Orchestra Sinfonica Verdi in Milan. 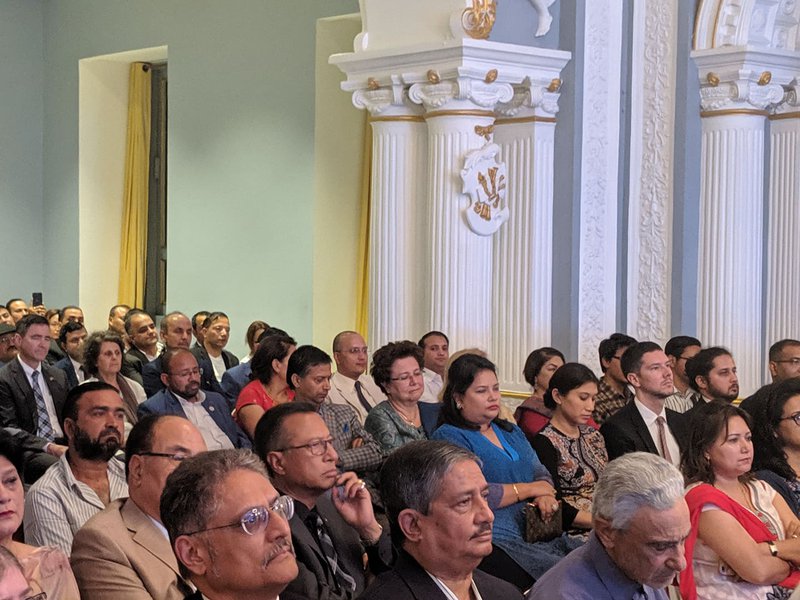 Attended by high government officials, head of diplomatic missions based in Kathmandu, business community, music lovers, joint secretary of Ministry of Foreign Affairs Ghanshyam Bhandari highlighted the importance of Nepal Italy relations. He said that Italy has been supporting Nepal’s development efforts through its own efforts and European Union.

Bhandari said that Italy is one of the countries which opened its embassy in Nepal in early days when Nepal was in the process of opening up. “This kind of concert will help to further strengthening the existing relations between the two countries,” said Bhandari. 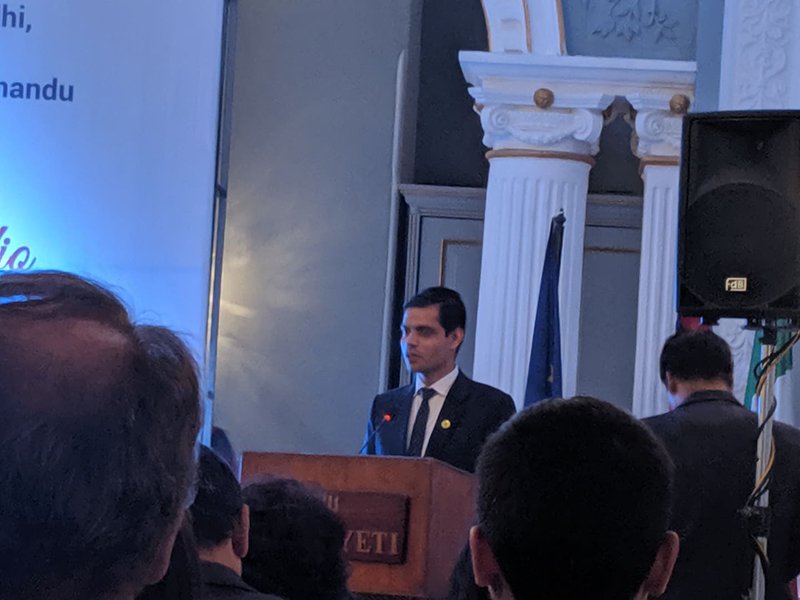 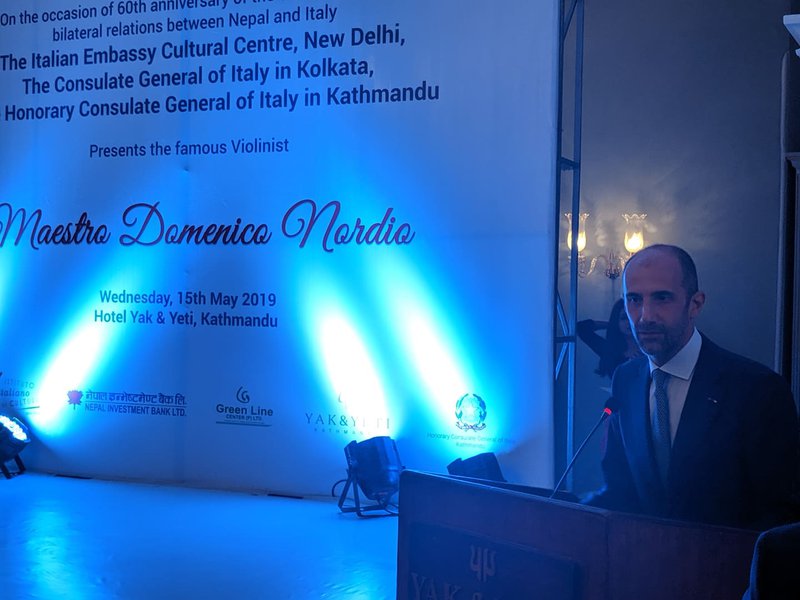 Addressing the program honorary Consulate General of Italy to Nepal Pratima Pande said that this is very important occasion as Nepal and Italy are celebrating 60 years of establishment of diplomatic relations.

“It is a wonderful opportunity to share the friendship between Italy and Nepal with a celebration of music,” said Pande.

It is my great pleasure to welcome you this evening to the violin concert of the renowned Italian musician Maestro Domenico Nordio to celebrate the 60th Anniversary of the establishment of bilateral relations between Nepal and Italy. It is a wonderful opportunity to share the friendship between Italy and Nepal with a celebration of music. Italy’s ancient civilization dates back to the Roman Empire and it is where the birth of the Renaissance took place in the mid 14th century in the beautiful city of Florence. 2019 also marks the 500-year death anniversary of the great artist Leonardo Da Vinci who was from Tuscany in Italy and who was influenced the world in the sciences, arts, architecture and music which he considered second only to painting.

Nepal too has its own unique heritage and a living culture still practiced by the people every day in the form of worship and ancient cultural activities that continue to endure despite living in this fast paced and increasingly digital world. 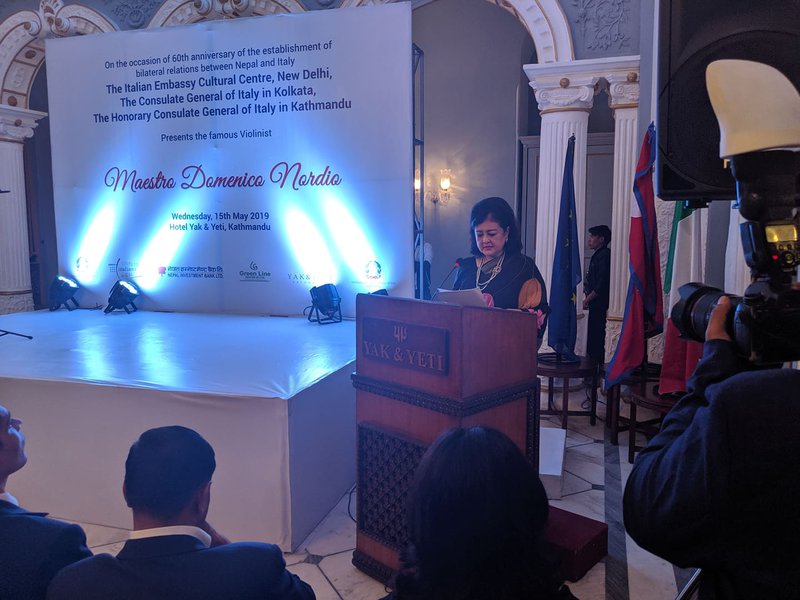 In Nepal, there is an Italian community of expats residing and working here many of who are present this evening. Numerous Nepali students are also studying in Italy and our work at the consulate involves promoting Nepal/Italy relations and aiding and solving many issues for Italian and Nepali citizens.

I would like to thank the Italian Government, the Italian Embassy Cultural Center New Delhi and the Consulate General of Italian Embassy Calcutta for helping us organize this wonderful violin concert here in Nepal. It is a real treat for all of us to listen to one of the great musicians of our time, one who has performed all over the world.

Two years ago, we were also very lucky to host the “Quartetto di Cremona” a Chamber Ensemble with an established reputation who had also played all over the world. Their, performance was spell-binding and we look forward to the same this evening.

Pande is the honorary consulate General of Italy to Nepal. Excerpts of her statement delivered at the program.