Seventh Round Of Voting In India Begins, Results Will Announce On May 23

Seventh Round Of Voting In India Begins, Results Will Announce On May 23 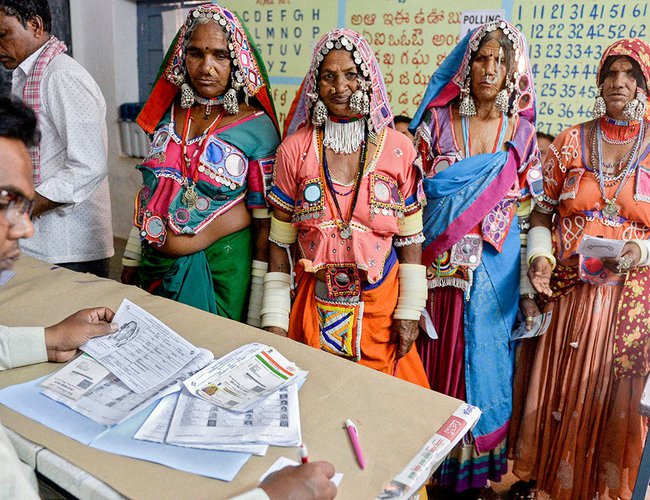 As the seventh phase of Lok Sabha Elections are underway, Indian Prime Minister Narendra Modi's ruling coalition is confident of a second term in office. However, opposition parties are talking to one another to seal an alliance, hoping to topple him after general election results are announced on May 23.

The results will be announced on May 23. Apart from Prime Minister Narendra Modi, who is contesting from Varanasi, some of the key contestants who are fighting in this round are Law Minister Ravi Shankar Prasad, BJP rebel who joined the Congress Shatrughan Sinha, former Lok Sabha speaker Meira Kumar; Misa Bharti, daughter of former Bihar chief minister Lalu Yadav, Congress leader Manish Tewari, former Punjab chief minister Sukhbir Singh Badal and BJP leader Kirron Kher, among others.