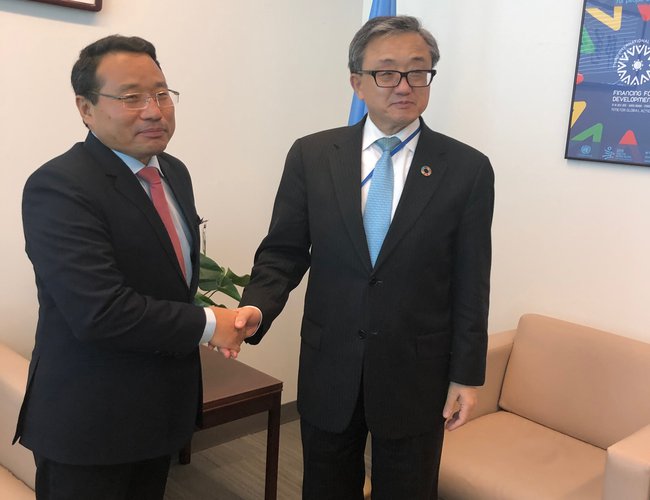 During the meeting both discussed issue related to Sustainable Development Goals. Minister Pun also agree to work with UN in collaboration to implement SDGs.

He said that Ministry has been giving high priority to energy sector aiming to generate 15000 MW in ten years.

Minister called on Assistant General secretary after attending the UN Forum on Friday. He said that the government is giving high priority for implementation of SDGs following the promulgation of new constitution.

During meeting, UN Assistant General Secretary assured the minister that UN will provide all necessary support to implement SDGS in Nepal. He also said that UN wants to work in Nepal in energy sector in close collaboration with the government.

Kaligandai A Hydropower Shut Down, No Disruption In Electricity Supply: MD Ghising By NEW SPOTLIGHT ONLINE 2 days, 11 hours ago