NCP- Biplab Acknowledges Death Of Four Workers In The Blast

NCP- Biplab Acknowledges Death Of Four Workers In The Blast 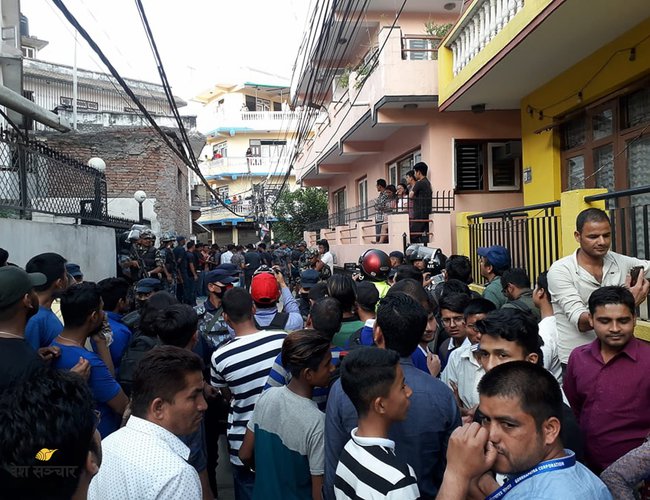 Nepal Communist Party led by Netra Bikram Chand Biplab acknowledged that all those killed in the explosion on Sunday were its workers. Issuing a statement on Monday evening, General Secretary Biplab said that those four killed in the blasts were its workers and one of them was rebel commander.

However, he did not disclose the identity of rebel commander. 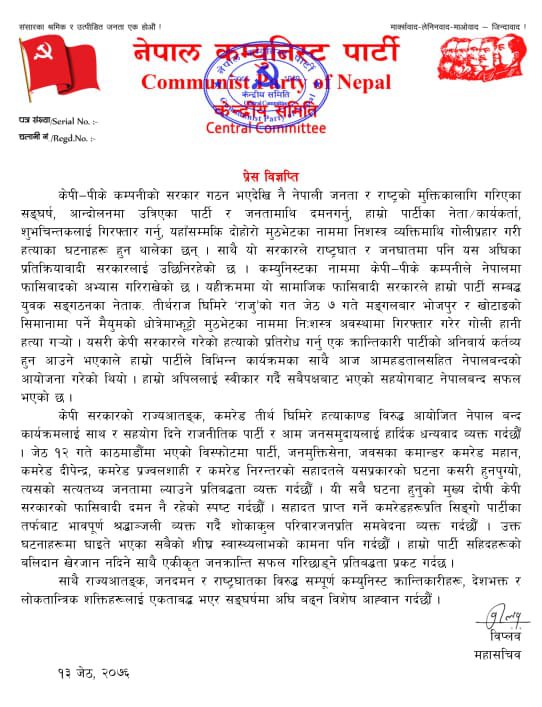 Newly Appointed Ambassador- Head of the Delegation of the European Union To Nepal Presents Her Credentials To President Bhandari By NEW SPOTLIGHT ONLINE 3 hours, 26 minutes ago

Citizens Along The Border Areas Could Save Nepal’s Territory: Home Minister Thapa By Agencies 1 day, 5 hours ago