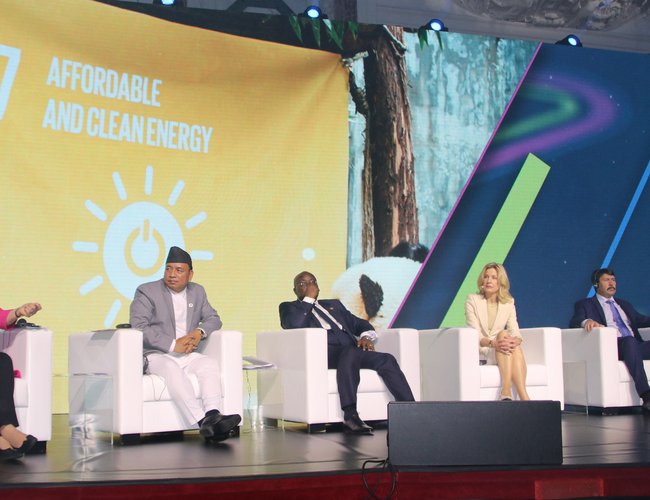 Vice President Nanda Bahadur Pun has said that though we have negligible role in carbon emission, Nepal bears disproportionate brunt of it. Nepal has experienced melting of Himalayans, disturbances in drinking water system and gradual disappearance of floras and faunas.

The Vice President was speaking at the Austrian World Summit on climate action today in Vienna.

It is an initiative to go for sustainable, dependable, accessible, quality clean energy and produce 15 thousand megawatts of hydropower within the decade to transform to a state of clean energy, the Vice President said.

He also highlighted on the initiatives such as ‘Every Settlement, Energy Settlement’, ‘Electric Stove in Every House’, ‘Light for Education and Health’, ‘Every House, Energy House’ and promotion of e-mobility. All these efforts are complemented by energy efficiency measures such as installation of smart grid system, smart street light system, and smart appliances, said the Vice President. 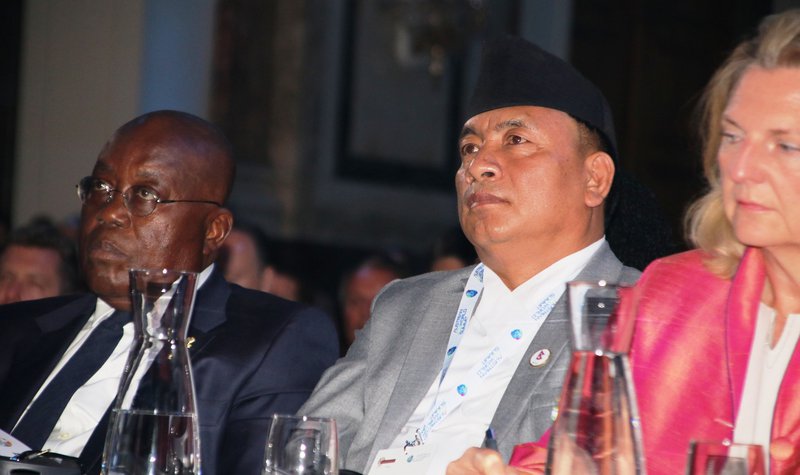 Vice President said that renewable and alternative sources of energy such as solar, wind power, biogas, small and micro-hydropower have already benefited 3.6 million households, 18 percent of our population, in the hinterlands that are not connected to national power grid.

He said that the energy decade aims to transform Nepal’s energy landscape to renewable sources and help mitigate the climate change.

The Vice President also attended the luncheon hosted by the Austrian President Alexander Van der Bellen in honor of the participating heads of State and Government.

Later in the evening, the Vice President is scheduled to attend the reception dinner hosted by the Ambassador of Nepal to Austria Prakash Kumar Suvedi in his honor.

We Look Forward To The Further Strengthening of India Nepal Ties: PM Modi By NEW SPOTLIGHT ONLINE 2 days, 23 hours ago