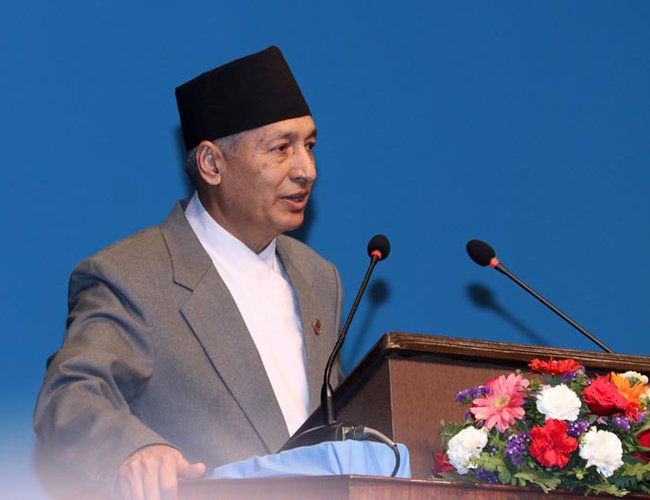 Finance Minister Yuvaraj Khatiwada has unveiled a total budget of Rs 1.53 trillion for the fiscal year 2019/20. Unveiling program in the Federal Parliament, Minister Dr. Khatiwada apprised the house on the progress in programs announced in the previous budget and stated that Nepal aimed to achieve the status of a middle-income country by 2030.

The budget for 2019/20 has set an economic growth target of seven per cent and focuses on social justice, increment in exports to reduce the trade deficit, and increase in general productivity.

The budget also looks to completing incomplete projects from the current fiscal. Specific standards have been set for the transfer of development projects to province and local governments.

Minister Dr. Khatiwada said the federal government will be working in cooperation with the provincial and local levels, along with the private sectors and cooperatives.

ILO: More Than One In Six Young People Out Of Work Due To COVID-19 By NEW SPOTLIGHT ONLINE 2 days, 5 hours ago