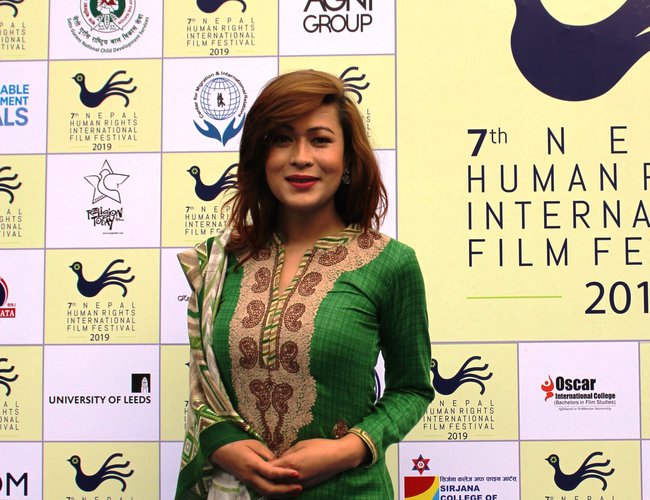 Bhumola Shrestha, a transgender activist, model, and actress of Blue Diamond Society of Nepal, is included in the Gender Equality Top 100, The Most Influetial People In Global Policy 2019.

Bhumika Shrestha is a transgender activist, model, and actress, who has become a prominent voice of the transgender movement in Nepal. Due to her own experiences as a transgender woman, she has been outspoken on changing laws that prevent discrimination against the LGBT community.

She played a prominent role campaigning alongside the Blue Diamond Society, a Nepali LGBT rights organisation, to include a third gender option on nepalese passports. She was the first Nepali citizen to travel with documents marked with the country’s legally recognised “third gender”.

According to Gender 100, the Apolitical World’s 100 Most Influential People in Gender Policy has been put together via expert and peer nominations. "We received nominations from thousands of people working in local and national governments, international organisations and non-governmental organisations including the United," said webside.

Nations, Women Deliver, Women in Global Health, The World Bank, UNAIDS, Women for Climate Justice, the Bill & Melinda Gates Foundation and more. Research was then conducted into every nominee and a shortlist was decided based on a number of factors: Number of nominations received, The power and potential to affect change at a local, national or international level, including by virtue of their position or mandate,Past achievements that have affected change, Feedback from expert nominators, Seniority that is significantly beyond expected for someone of a similar age, National and international perception of the nominee’s influence or potential to influence, Significant speaking engagements as an indicator of profile in the field, Social media presence as an indication of their influence on debates around gender equality

With more nominations than ever before, this is our biggest and most global list yet: drawn from over 9,000 nominations, it recognises and celebrates the hard work being done on gender policy by so many around the world.

Featuring politicians, civil servants, academics and activists, the list both recognises high-profile icons and shines a light on the unsung heroes whose work is indispensable to creating a fairer world for everyone.