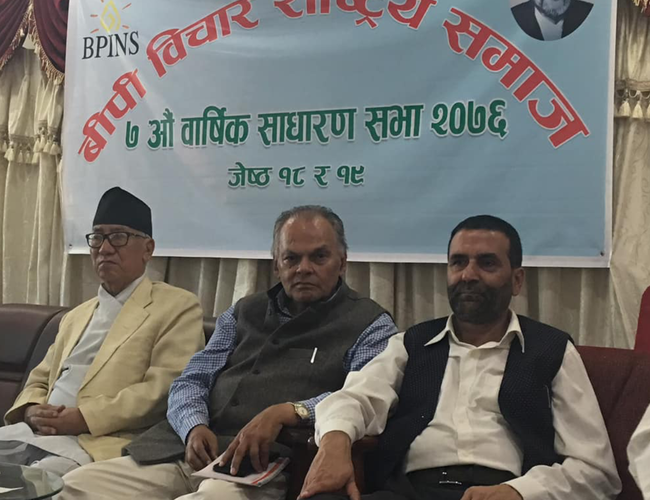 Addressing the seventh National Convention of BP Ideology National Society, Joshi said that Nepali Congress is out of political context due to power orientation of Nepali Congress leadership. " If Nepali Congress want to a number one party, it needs to champion BP Koirala's nationalism, democracy and socialism," said Joshi.

"As Nepali Congress gives up its ideology of BP Koirala, communists are trying to establish tyranny and dictatorship. The time is still there to revive the Congress and strengthen democracy," said Gurung.

Predicated by delegates from all over Nepal, former speaker of parliament Taranath Ranabhat said that Nepal's nationalism will be thrived if democracy survive. He also said that the message of BP Koirala need to carryout up to village level. 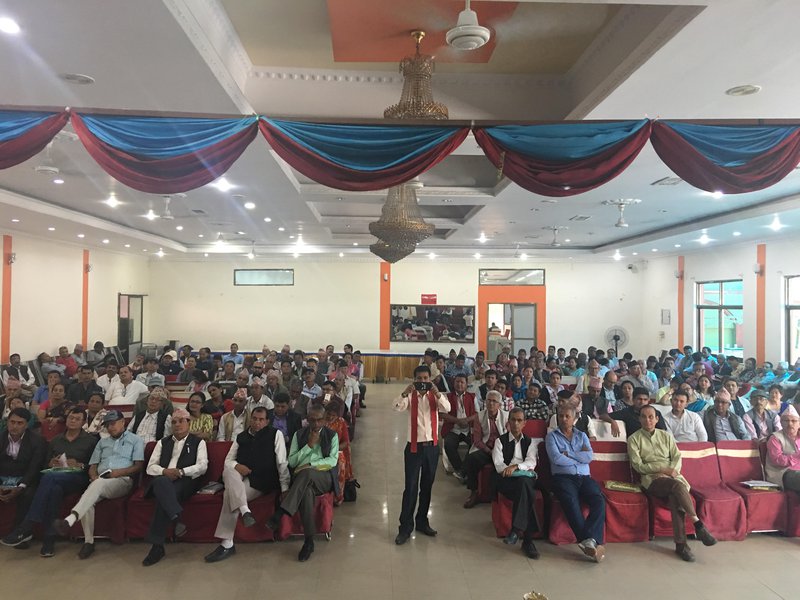 Commenting on a paper, former chief whip of Nepali Congress Laxman Prasad Ghimire said that the current leadership has to resign taking moral responsibility for the failure of the party in three tire of elections.