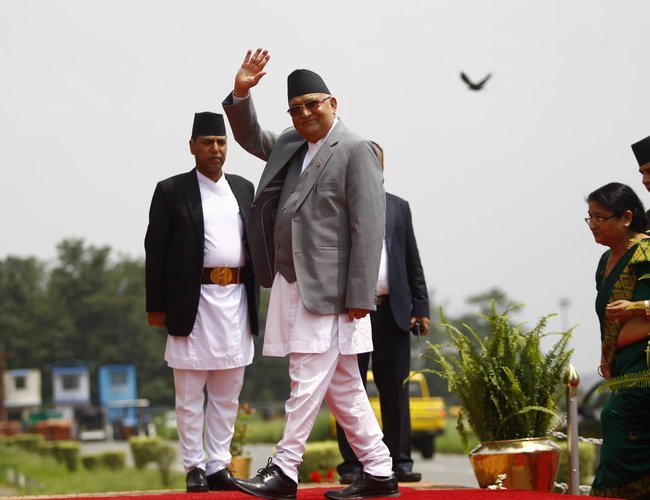 In Geneva, Oli will address a high-level gathering organized to mark the 100th anniversary of International Labor Organization on June 10.

He will also address the Oxford Union — a debating society in the city of Oxford, England on June 10.

Oli, who will stay in the UK through June 12, will also address the British Parliamentary Committee and Nepali Diaspora.

Flowing engagements in the UK, Oli will leave for France on June 12. In France, Oli will attend various programs organized, to mark 70 years of Nepal-France bilateral relations.

Visitors From Nepal To go Through Universal Screening In Indian Airports By NEW SPOTLIGHT ONLINE 1 day, 10 hours ago

Nepal Propose A Bill To Restrict Free Mobility Of Indian Citizens In Nepal By NEW SPOTLIGHT ONLINE 2 days, 10 hours ago