Japan To Construct Improvement Of Water Suplly In Pokhara

Foundation Stone Laying for the Improvement of Water Supply in Pokhara, A Project under Japan's Grant Assistance 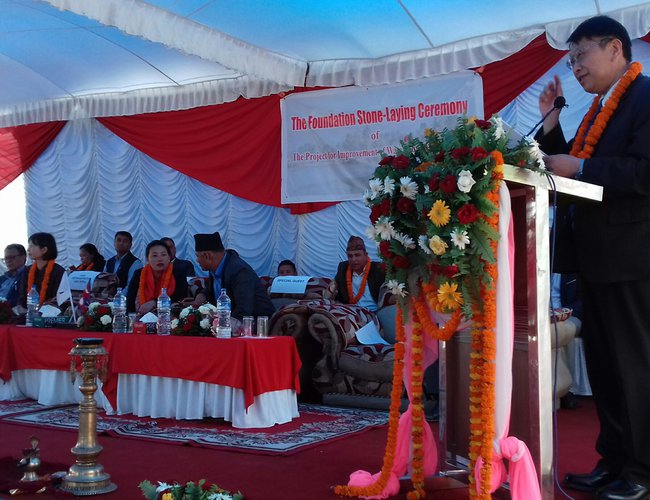 Ambassador of Japan to Nepal Masamichi Saigo today participated in the foundation stone laying ceremony for the Project for Improvement of Water Supply in Pokhara (Kaski).

The Government of Japan has extended 4.813 billion Japanese Yen (approx NRs.4.834 billion) grant assistance to the Government of Nepal for the implementation of the project under Japan's Official Development Assistance.

Under this Grant Assistance, the Project will construct a sedimentation tank, water treatment plant, reservoirs and overhead tanks along with the rehabilitation and construction of water transmission lines and distribution networks. The project will also take soft components into account, thus ensuring a supply of quality drinking water to the city dwellers of Pokhara. The components of this Project will have the capacity to filter 41 million liters of water per day and are expected to be completed by 2021.

On the occasion, Ambassador Saigo noted that Pokhara is a naturally gifted city with splendid mountains and picturesque lakes. This Project will attract many visitors to the city and will encourage them to stay longer and return there frequently.

"The Embassy of Japan hopes that this Project will be a symbolic landmark for the socio-economic development of Pokhara and will contribute to further deepen the relationship between Japan and Nepal," said a press release issued by Embassy of Japan.

In its press relase, JICA said that the government of Japan and Government of Nepal signed Bilateral Agreement regarding ‘Project for Improvement of Water Supply in Pokhara’ on Feb 15, 2017 according to which the Government of Japan extended a grant assistance of up to 4.813 billion JPY (equivalent to 4.834 billion NPR) for the implementation of the project, which is the first water treatment plant to be constructed in Pokhara.

The Implementing Agency for the project is Nepal Water Supply Corporation under Ministry of Water Supply who will facilitate the construction of water treatment plant as well as distribution networks improving the quantity and quality of the water supply services in Pokhara.

During the ceremony Minister Magar expressed special appreciation towards Government of Japan and JICA for its long and consistent support in water sector , she further stated “Safe drinking water is embedded in the constitution thus this project is significant in order to ensure improved water facility contributing to meet the SDG’s goals on water supply”. 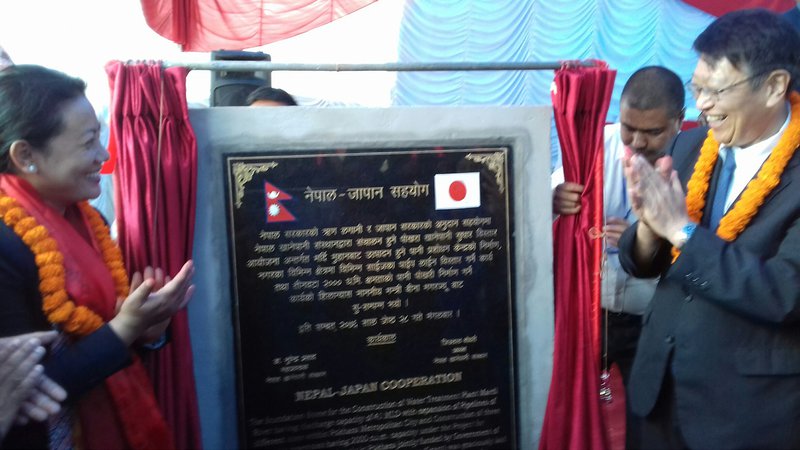 Despite being the second largest city after Kathmandu and the top most tourist destination of Nepal, Pokhara does not have water treatment facilities and water is supplied to people without adequate treatment. Considering this situation the Project for Improvement of Water Supply in Pokhara is perceived as urgent and needful project that ensures safe supply of treated water to all.

This project will install a water treatment plant, transmission and distribution pipes with the objectives of meeting the drinking water quality standards of Nepal supplying all target households with water seven days a week. At the same time, the project will reduce water leakage, adjust the water supply pressure, reduce the non-revenue water ratio and take other measures to increase the collection rate of water tariffs and improve the operation system.

The water treatment plant site is situated along Mardi River, while other distribution facility is installed across Pokhara metropolitan city. Construction of the Project is expected to complete by 2021. The Project aims to enhance the conditions of living environment of Pokhara city residents and also contribute towards development of tourism industry there.

JICA has been a long and consistent partner of Government of Nepal in water supply and sanitation sector since 1970s. Since then JICA has been supporting Government of Nepal to improvise the sector via several infrastructure projects as well as institutional in strengthening projects through several cooperation scheme like grant assistance, technical cooperation and concessional loan.

Chief Representative of JICA Nepal Ms. Yumiko Asakuma reiterated that JICA would remain as reliable and consistent partner of development for Government of Nepal contributing to strengthen good relations between the two countries and its people. 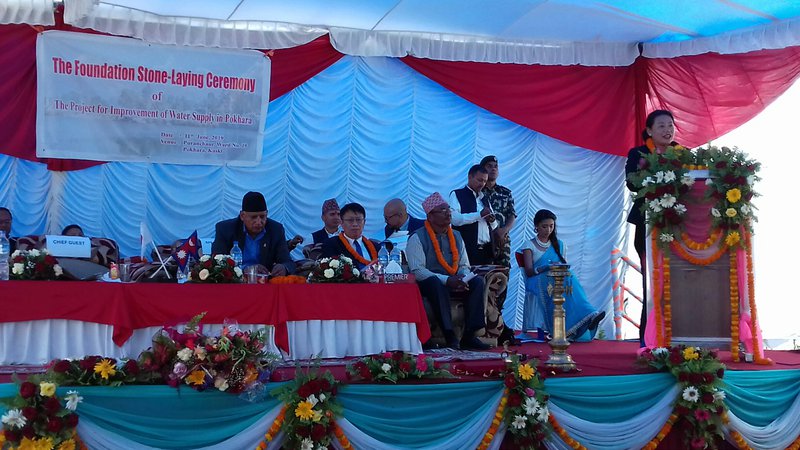 COVID-19: Number Of Children Living In Household Poverty To Soar By Up To 86 Million By End Of Year By NEW SPOTLIGHT ONLINE 21 hours, 34 minutes ago

Twelve Nepali Migrant Returnees Killed and 20 Injured In a Bus Accident In Banke By NEW SPOTLIGHT ONLINE 1 day, 7 hours ago