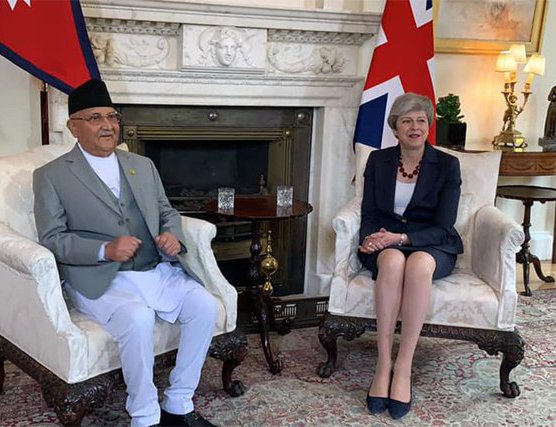 During the meeting PM Oli also discussed the issue of mutual and bilateral interest, British support to Nepal and Gurkha issue.

According to Foreign Minister Pradeep Gyawali, PM Oli had a cordial meeting with Jeremy Corbyn, opposition leader in British Parliament. 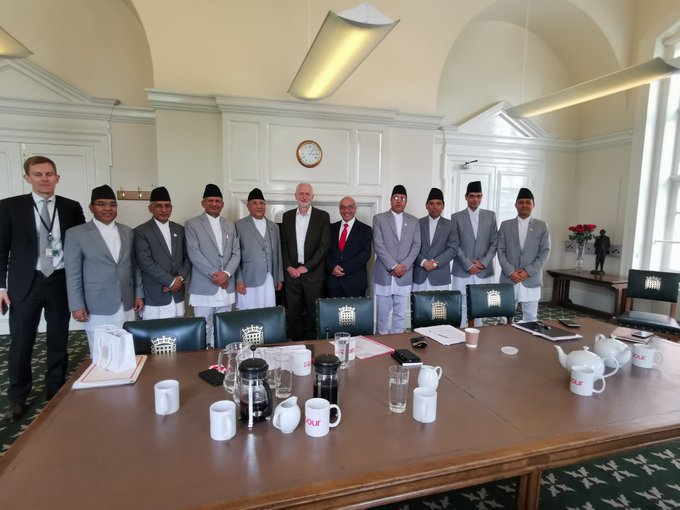 Both leaders discussed the issues of climate change, development, democratic transformation and post earthquake reconstruction in Nepal including the issues of bilateral interests.

PM Oli also addressed to the Oxford Union. He said that the growing phenomenon of climate change poses a serious existential threat to mankind. He added that our #Himalayas and forests contribute to the recharging system of the earth. This is an extraordinary contribution which is not yet recognized. 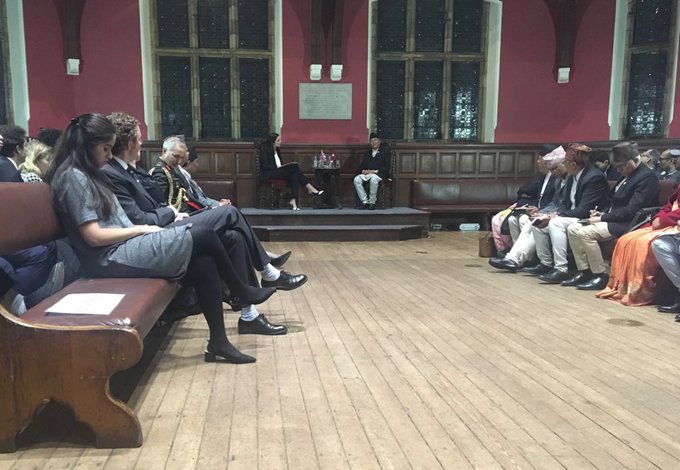 On the country’s geopolitics Prime Minister Oli said, “We are between two giant neighbors. It is a favorable situation for us because we have good friends on both sides. They are good markets for us. Our policy are one of neutrality.’

“I know how important access to education and freedom of speech are for people and society to grow develops and prospers. Dear friends, peace, democracy and development and intricately linked to each other.” 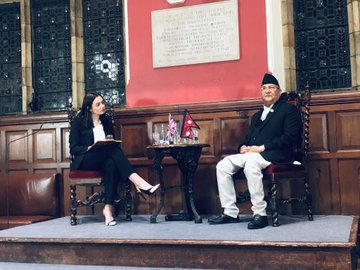