Cyclone Vayu Restricted Advancement of Monsoon, Likely To Delay For Some Time

Cyclone Vayu Restricted Advancement of Monsoon, Likely To Delay For Some Time 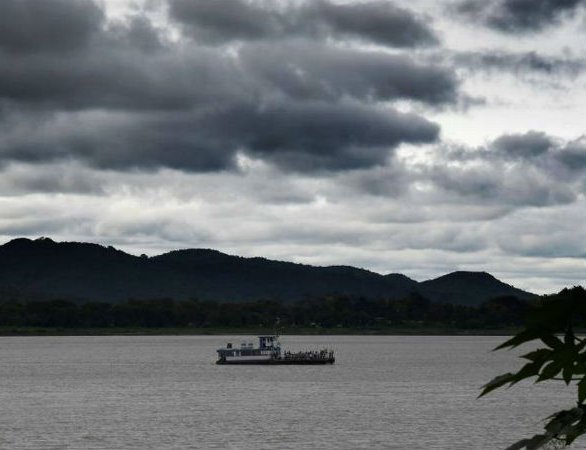 Thunderstorm accompanied with gusty winds/lightning likely to occur at a few places of the eastern region and and at one or two places of the central and western hilly regions.

However, skymetweather.com says Cyclone Vayu has restricted the advancement and is likely to hang around for some time, over North Arabian Sea. Monsoon advancement may be seen in the coastal areas of West Coast around the weekend, interiors may still have to wait.

“Southwest Monsoon hangs in for a four month long period, longest season among all, which also covers the entire country, being the only season to do so. The other specialty is that it takes 45 days to cover the journey and takes similar time during the time of withdrawal as well.”

According to skymetweather.com, the normal onset date for Monsoon in the mainland is June 1, with its completion around June 15. By June 10, normally, entire South Peninsula and Northeast India, most parts of Maharashtra and West Bengal, some parts of Odisha and Bihar are covered.

Meanwhile, in another five days, Wast, Southeast, and Northeast and East are also covered receiving rains which means, 70 percent of the country gets covered. Rest one third of the country takes one month to cover. However, the actual travel of Monsoon rarely follows the time which is stipulated and keep on having variations in terms of pace, intensity and coverage. There are periods when Monsoon is stagnant, at times, lull, vigorous during the time of its advancement.

After the weak onset, another major problem that lies ahead is the slow progress of Monsoon 2019. Weather models are not predicting a rosy picture ahead, as we expect Monsoon to go silent in the coming days.

According to weathermen, the above mentioned cyclonic circulation is boon as well as a bane for Indian Monsoon. After being responsible for bring the Monsoon in Kerala, it would now be responsible for slow advancement.

Monsoon has two arms Arabian Sea is the western arm and Bay of Bengal is the eastern arm. Monsoon advancement in the country takes places in three phases. Herein, during the first phase, Monsoon travels from South to North over Peninsular India, under the influence of the Arabian Sea branch and simultaneously Northeast India sees Monsoon arrival under the influence of the Bay of Bengal branch.

During the second phase, Monsoon moves from east to west, covering parts of Bihar, Jharkhand, West Bengal, Odisha, Chhattisgarh, most parts of Uttar Pradesh, under the Bay of Bengal branch. On the Arabian Sea side, parts of Gujarat and West Madhya Pradesh see Monsoon rains by June 15.

The portion which is left comes under the third phase where both branches act in tandem which is the maximum struggle period for the Monsoon currents.

“This time, we have seen an indifferent onset, and Monsoon continues to be delayed, sluggish and weak. Monsoon is confined to the western Ghats, and only 10 percent has been covered while it could have been by more than half making Monsoon highly deficient in terms of coverage. Currently also, Monsoon is currently deficient by 42 percent,” says skymetweather.com

A Fresh Western Disturbance Is Over Nepal By NEW SPOTLIGHT ONLINE 2 days, 23 hours ago

Generally Cloudy In Hilly Regions And Fair In Rest Of Nepal By NEW SPOTLIGHT ONLINE 3 days, 21 hours ago

Weather Forecast For March 25: Brief Rains Or Thundershowers In A Few Places By NEW SPOTLIGHT ONLINE 4 days, 22 hours ago

Generally Cloudy In Western Region, Thunder and Lightening Likely To Occur In Few Places Of Nepal By NEW SPOTLIGHT ONLINE 5 days, 22 hours ago