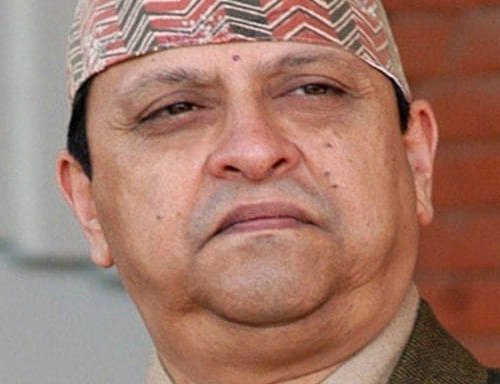 Former King Gyanendra has expressed his serious concern over ongoing situation in Nepal. Talking informally with some Nepalese in Bangkok Thailand, former King Gyanendra, who has been currently in Bangkok, said that the country’s culture, traditions, religious, rituals and institutions related to them are the strong foundation of Nepalese unity and harmony. Former King said that realizing their importance, one should not disturb such practices.

Quoting one of the persons attending informal meeting, Deshsanchar.come writes former King also said that given sensitivity of the subject among the people, it is the responsibility of concerned Guthi to make necessary reform and change in their systems.

However, government spokesperson and minister of Communication Gokul Baskota said that Guthi’s are the remaining of feudalism and government is committed to end this feudal practice.

Since the last six days more than 80 Guthis of Kathmandu Valley has been jointly organizing the protest programs demanding to withdraw the bill.