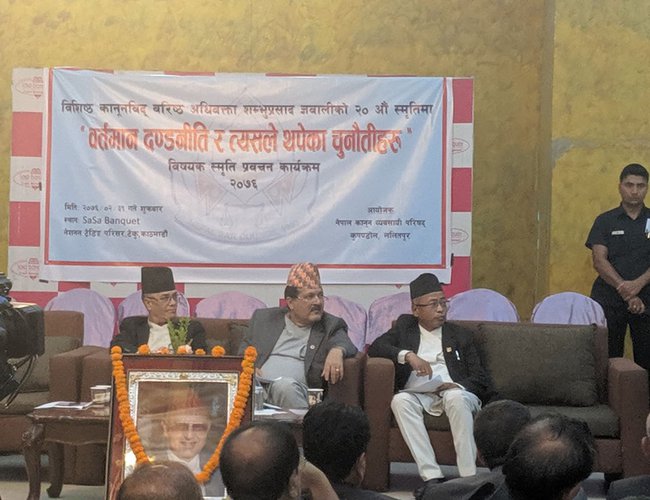 Chief justice Rana said that Nepal has been passing through a political transition and the role of judiciary is very crucial. He added that the legal fraternity needs to be proud that there was personality like late Gyawali.

President of Nepal Bar Association Chandeshwore Shrestha said that many lawyers like him were benefited from late Gyawali’s vast knowledge. He said that new lawyers must know the contributions of senior advocate like Gyawali.

Organized by Nepal Bar Council, chairman of the council and attorney General Agni Kharel said that this is the right to remember personality like late Gyawali. “We have been facing enormous problems and challenges in the judiciary in the change context and we need to more capable person like late Gyawali to interpret and defend the laws,” said Attorney General Kharel.” Whenever I face problems deciding the legal issue, I look at the picture of late Gyawali to get inspiration.” 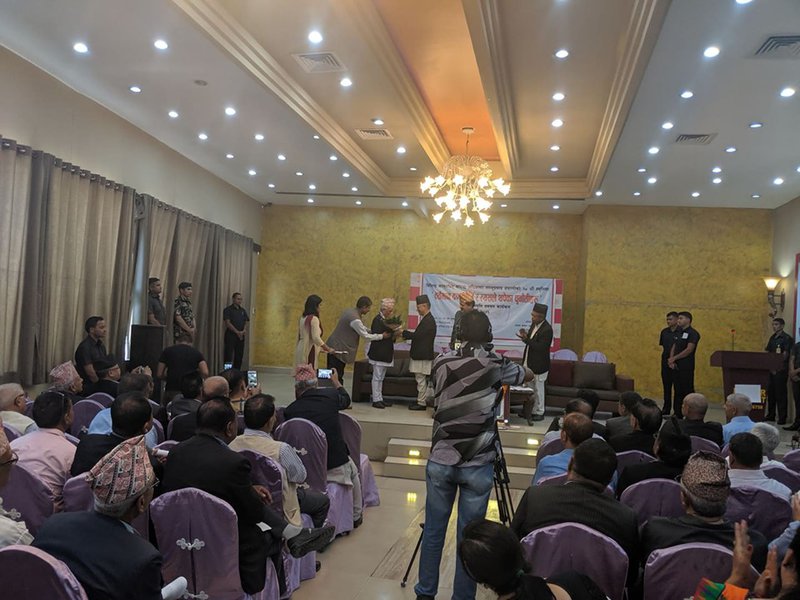