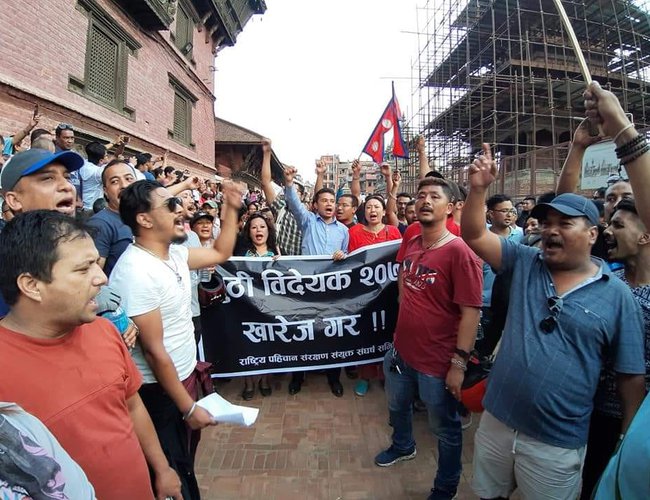 Before beginning of whistle march, NIPJSC convener Ganapati Lal Shrestha said that the protest will continue till the withdrawal of Guthi Bill.

Similarly, various groups organized different rallies in Kathmandu demanding to withdraw the Guthi Bill in Bhaktapur and Kathmandu as well. Large numbers of people attended the rally showing solidarity in support of agitation.

“It's not rocket science to understand the plot behind the proposed Guthi bill -- lawmakers are unabashedly planning to usurp the vast Guthi land endowments in the name of managing the Guthi by using government employees, unscrupulous contractors and brokers. Why should the government meddle with the Guthi system in the first place? The community-owned Guthis have been running effectively as cooperatives for millennia. Just leave them alone. #SayNoToGuthiBill,” writes in a face book like page My Heritage My Kathmandu.

Member of Parliament and leader of Nepal Communist Party Ram Bir Manandhar objected the statement of Minister of Information, Communication and Technology terming Guthi as remaining of feudalism. Addressing the protest rally organized by Jyapu Mahaguthi, a largest federation of Jyapu, MP Manandhar said that withdrawing the bill from the parliament is only way out to the current crisis.

A rally called by Jyapu Samaj travelled in Bishal Bazar, New Road, Juddhasalik, Indrachwok and finally conversing as a mass meeting. Jyapu leaders demanded to dismiss the Guthi Bill. They threatened to launch decisive agitation against the government if government remains apathy towards their demand.

Nepali Congress leader and Member of House of Representative Bhimsen Das Pradhan demanded the resignation of minister Baskota and threat to disrupt the session of house.

Besides various Newa groups, other groups outside the valley also demanded to withdraw the Guthi Bill.

Although reactions is yet to come from various groups in Terai including Tharu, Madheshi and Muslim, the Guthi Bill will also affect their organizations and trusts.

The bill will affect Tharu Welfare Council, Muslim’s Guthi, Gurudwara of Sikh, Trust of Marwari, Ram Janaki Temple and other hundreds of temples in Terai. After passing of the bill, government will control all religious and ethnic trusts. “This bill is attack against the autonomy of all cast and community,” said Vijaya Kanta Karna, professor of Political Science. This is an attack by NCP-NCP against the minorities,” Karna writes in his face book. He called all community and groups to join against the bill. 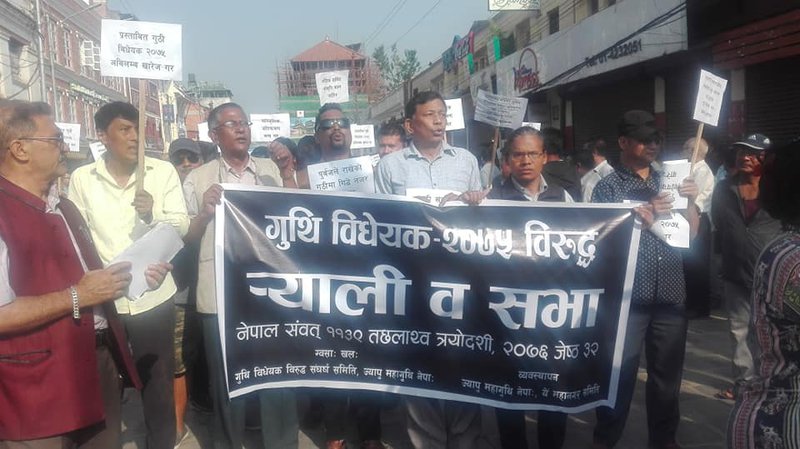 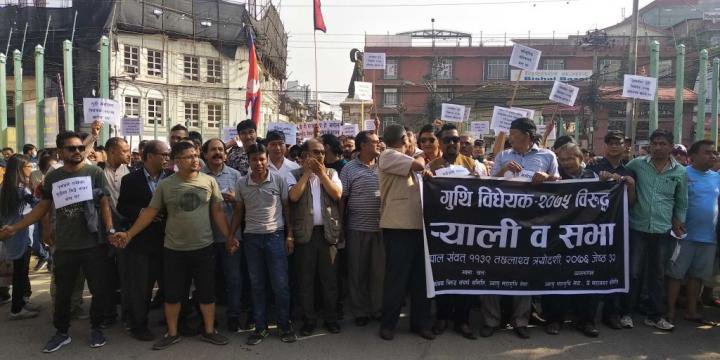