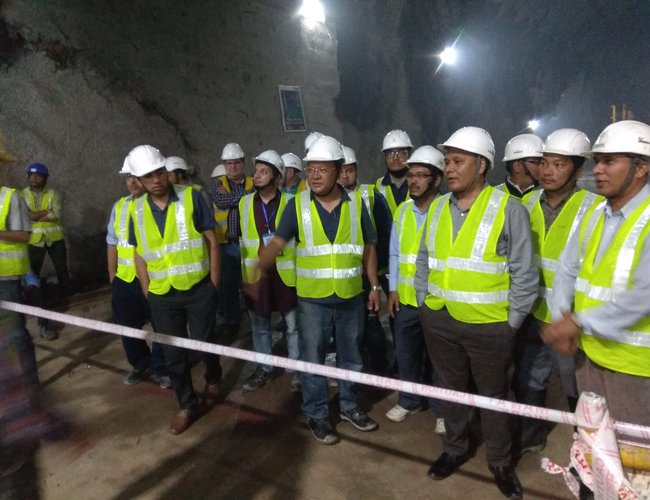 Following a long time efforts, the installation of Lower Vertical Shaft has started in 456 MW Upper Tamakosi Project. This is one of the most complicated and technically challenging parts of the project. This is technically a major breakthrough.

The two Vertical Shaft at the vertically lower tunnel has successfully installed on Sunday in the presence of Nepal Electricity Authority (NEA) MD and the chairman of the Upper Tamakosi Hydro-power Company and two members of the NEA Board Chetraj Joshi and Bhaktabahadur Pun.

It took seven hours to install first Pipe which is 5 meter long with 27 tons.

Second pipe also installed at the lower Bend Pen stock. After installation, there need to go for welding and concrete. Then installations of other pipe will begin.

According to a press release issued by NEA, there need to install 74 pipes in 372 long lower pen-stock shaft. "After successful installation of pipe in lower vertical shaft, the uncertainty about the of installation come to an end," said MD Ghising. He said that installation was technically very challenging. "Even the rope of the crane broke lifting the pipe. Following the event, there were more uncertainty whether crane will work or not." Now, the challenges has already overcome," said Ghising. "We have a target to start the first 76 MW unit by January, 2020.

The project will complete within the coming fiscal year of 2076/077. " 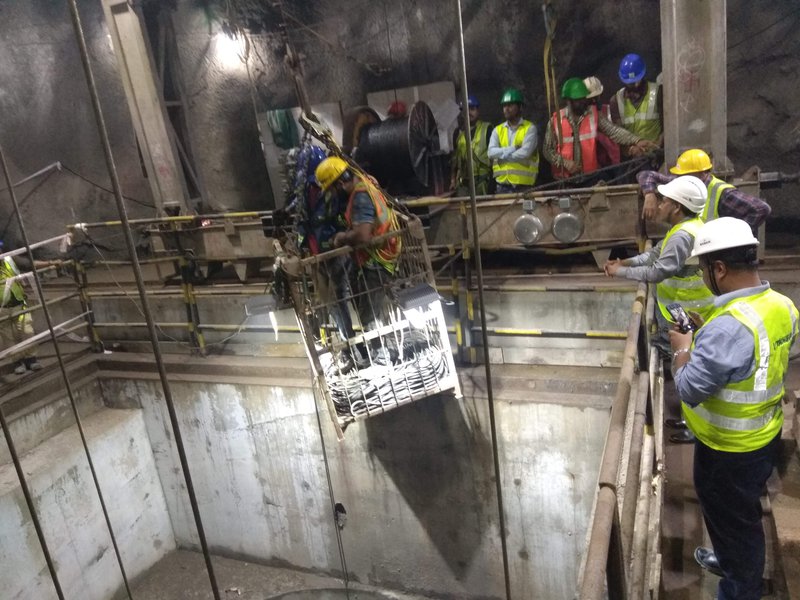 Following the delayed by the lot second Indian contractor Texmaco Rail & Engineering Limited, Upper Tamakosi Hydro-power Limited has handover the work to ANDRITZ HYDRO, the contractor of lot three, under a tripartite agreement. However, Texmaco has been installing the upper vertical shaft.

During the visit, MD Ghising discussed the progress and challenging side of installation of lower Vertical Shaft and upper vertical Sharft. The finishing work at dam site in Lamabagar, tunnel and transmission line are going parallels. The construction of all infrastructures are in the final stage.

The project was delayed due to earthquake of 2015, landslides and Madhesh agitation. Similarly, design change and poor performance of lot 2 contractors of Hydro mechanical, the project was unable to meet the target. 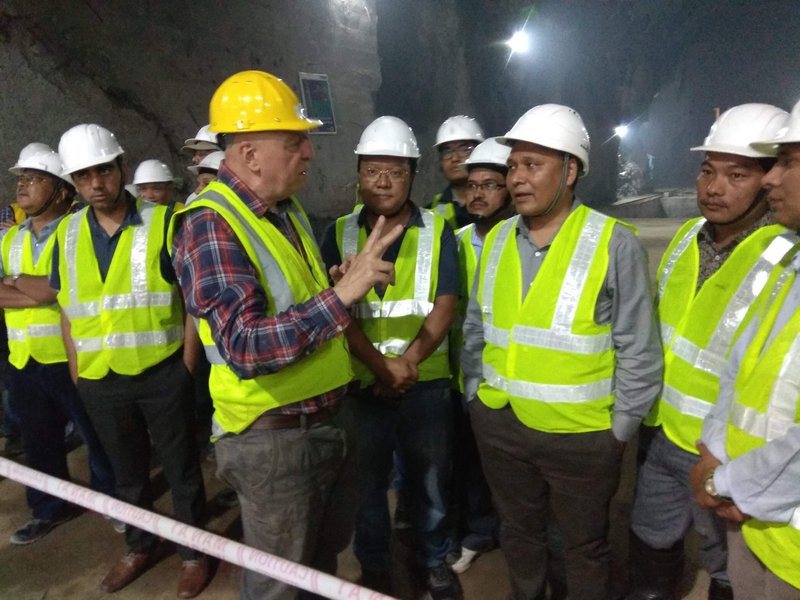