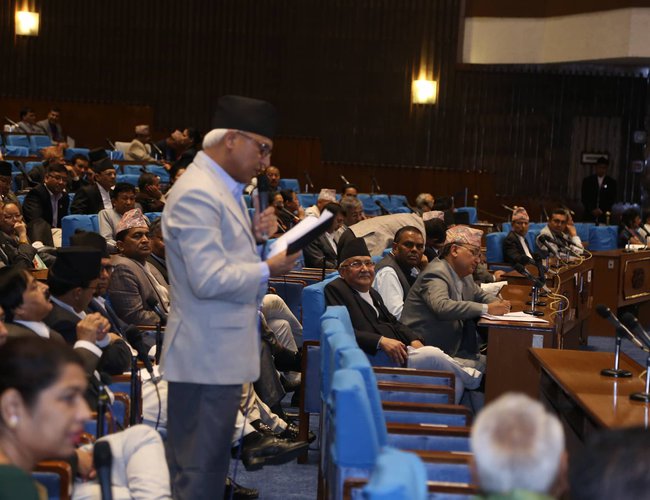 Main opposition Party Nepali Congress expressed its solidarity and support to the street agitation launched by anti Guthi Bill group and demanded that the government should immediately withdraw the bill.

Speaking at the House of Representatives today, Nepali Congress leader Dilendra Prasad Badu has declared that Nepali Congress support the street agitation because the bill has so many provisions which are against the culture, heritage, religious and tradition of the country. " If the bill passes, it will destroy our culture religion, social fabrication, values and heritage," said Badu.

He also said that the current agitation will create serious situation urging government to to withdraw the bill immediately. " If the agitation intensify becoming the violent, the government has to take all the responsibilities of it," said Badu.

"Prime Minister is assuring the agitation saying he will consider the bill and his minister is saying that Guthi is remaining of feudal character. What is their stand on bill? asked Badu.

Holi Festival 2020 Under A Shadow Of Coronavirus By NEW SPOTLIGHT ONLINE 3 weeks, 5 days ago