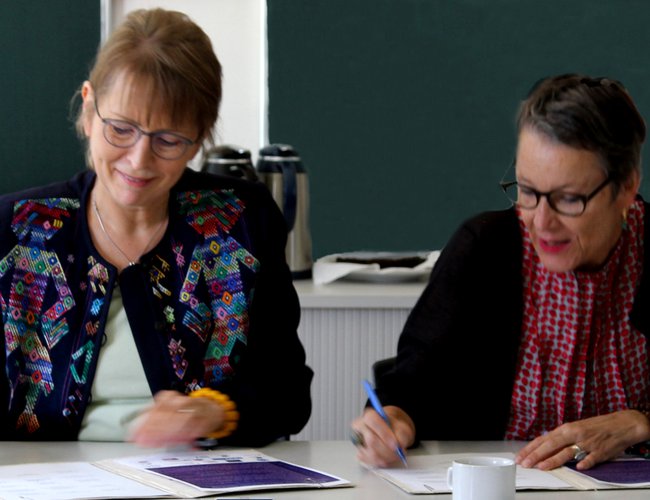 The Basic Operating Guidelines (BOGs) were first introduced in Nepal in 2003, in the context of the armed conflict and revised with minor changes to the wording in 2007.

The BOGs were developed as a way to keep development space open and ensure the security of staff. The BOGs were successful and effective for development work to continue by clearly explaining the operating principles to all actors concerned in a clear and comprehensible way.

The current revision of BOGs has been undertaken in recognition of the federalised context of Nepal, which has meant a difference in the way the development partners and their implementing partners operate.

The Co-chair of the BOGs, UN Resident Coordinator Valerie Julliand stated: ‘I am pleased that the Basic Operating Guidelines have been revised to reflect the fundamental changes which have taken place in Nepal, this includes the federalization process, but also the focus on increasing development efforts at the national, provincial and local level. It reaffirms the commitment to the principles of Accountability, Impartiality, Transparency, and Inclusion.’

The Co-chair of the BOGs Group Elisabeth von Capeller,Ambassador of Switzerland said: ‘The Basic Operating Guidelines will continue to play an important role in supporting the implementation of the federalisation as development partners will comply by using the BOGs as an entry point for the introduction of development activities at the federal, provincial and local level, wherever they work”.

Nepal And India To Discuss The Whole Gamut Of Bilateral Relations By NEW SPOTLIGHT ONLINE 2 days, 20 hours ago

We Don’t Play Cards Against Two Neighbors: PM Oli By Agencies 3 days ago