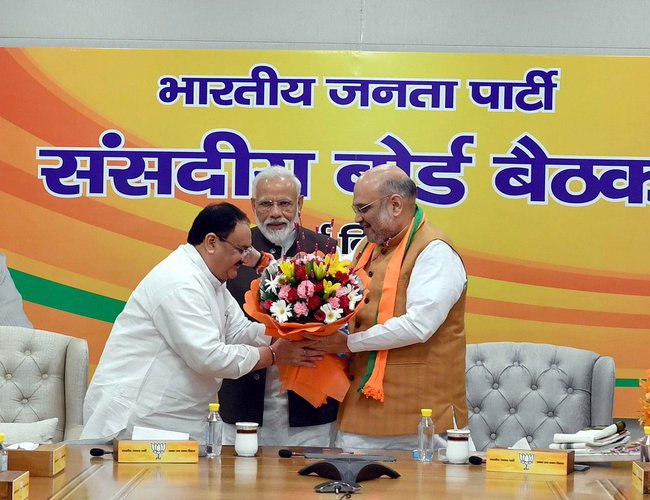 Former Union Minister JP Nadda was named the BJP's Working President on Monday, ending weeks of speculation on whether Amit Shah, who was given charge of the home ministry, will retain both posts. Union Minister Rajnath Singh, who made the announcement, said the decision was taken after Mr Shah expressed an intention to step aside as it would not be possible to do justice to both roles.

For now, Mr Shah remains the party chief, but the workload will be shared with Mr Nadda.

"Since PM appointed him Home Minister, Amit Shah Ji himself said the responsibility of party president should be given to someone else," Rajnath Singh said.

In a series of tweets, Mr Nadda thanked PM Modi and Amit Shah. "I will try to strengthen the party as its worker...serving the party is like worship for me," he said. 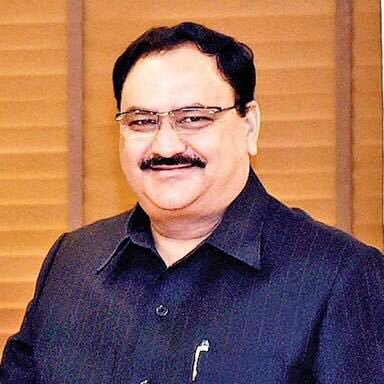 Nadda enjoys the confidence of the party's top leadership and is known to be trusted by the party's ideological mentor Rashtriya Swayamsewak Sangh. The 58-year-old Brahmin leader from Himachal Pradesh has a clean reputation and maintains a low profile.

Amit Shah is credited with crafting the campaigns that saw the party twice win majority on its own - a first in three decades. Over the last five years, he also propelled the BJP towards its goal of a Congress-free India.

Named the home minister after the party came to power in May, Mr Shah had so far been handling both responsibilities. But with assembly elections looming in four states by the end of this year, and Delhi election the next, there was speculation whether he would retain the party post.

Acknowledging Mr Shah's contribution as the BJP chief, Rajnath Singh said, "The BJP Board wished Shah to continue. But Shah was of opinion that he can't discharge dual duties, (so) JP Nadda made working president".

The home ministry, under Mr Shah, has already become a power hub next to the Prime Minister's Office. The minister, known to be a workaholic, has been spending 10 hours in office since. He has been made part of eight parliamentary committees - even ones not connected with the home ministry -- when even PM Modi would be handling six.

Mr Shah is likely to see the party through the coming round of assembly elections later this year, and remain till a successor is chosen in the party's organisational elections.