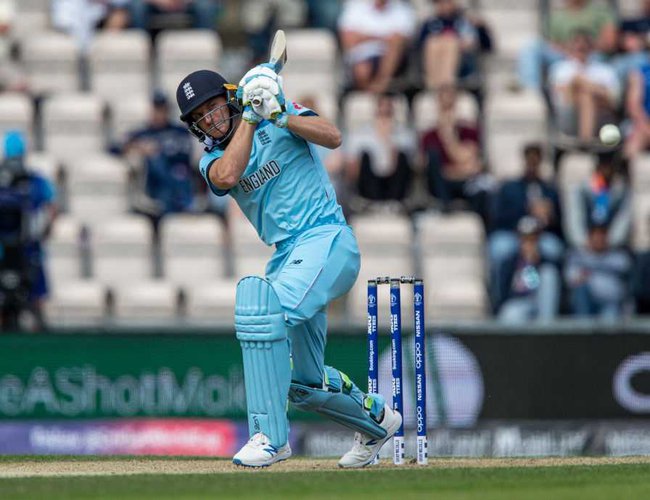 Eoin Morgan unleashed a furious, record-breaking assault as England overpowered Afghanistan by 150 runs at Old Trafford, hitting 17 sixes as his side took over top spot in the World Cup standings.

The England captain was a pre-match injury doubt having been laid low by a painful back spasm but proved himself more than fit for purpose as he hammered his way into the history books with a merciless knock of 148 in just 71 balls.

Morgan broke new ground when he cleared the ropes for the final time - Chris Gayle, AB De Villiers and Rohit Sharma having all hit 16 in a one-day innings - leaving England on course for their highest ever World Cup total, 397 for six.

It was an astonishing display from the Dubliner, who was agonisingly dropped on 28 by Dawlat Zadran, and enough to make window dressing out Jonny Bairstow's 90 and Joe Root's 88.

Afghanistan batted admirably in response without ever threatening, leaving them on five consecutive defeats and allowing England to leapfrog Australia on net run-rate.

On paper the fixture was the biggest mismatch of the tournament - 10th against first in the world rankings - and the final margin reflected that gulf.

What nobody predicted was the fate of master spinner Rashid Khan, who returned ghoulish figures of 9-0-110-0, the worst in the competition's 44-year history and just three shy of Mick Lewis' all-time ODI nadir.

Afghanistan batted on gamely to 247 for eight, their best World Cup score but nowhere near enough to challenge.

The first 20 overs of the match represented little more than a prelude to the coming destruction, James Vince's inconsequential 26 drawing attention to the injury-enforced absence of Jason Roy, before Bairstow and Root built a careful base at 106 for one.

The Afghan attack began with admirable discipline and plenty of dot balls but a dismal fielding performance repeatedly released the pressure. That allowed the Yorkshire duo to settle in, Root progressing at a serene rate while scarcely swinging his bat. 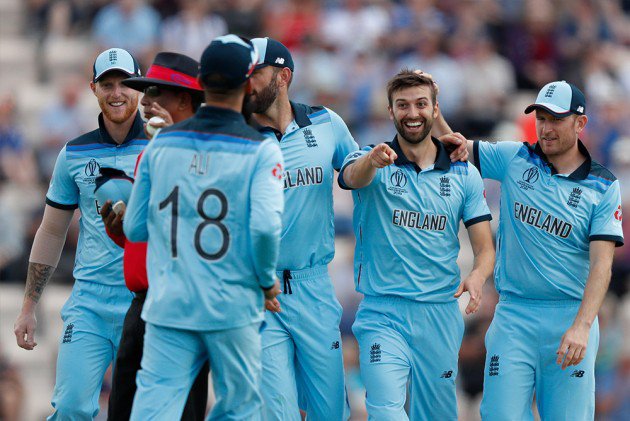 Bairstow was more forceful, rocking onto the back foot to heave Rashid Khan for the first of 11 sixes against and drilling Mohammad Nabi flat down the ground for another.

The partnership yielded 120 before Bairstow fell 10 short his ton, suckered into a return catch by Gulbadin Naib's back-of-the-hand slower ball. The bowler celebrated with his customary bicep flex in the middle, deflecting attention from Morgan's arrival.

He would not stay in the shadows for long. Root had 45 at the time but was soon the junior partner, Morgan lashing his eighth and ninth balls for six.

England did not reach 200 until the 36th over but would almost double their total before the close. It might have been a different story had Dawlat not flailed when Morgan erred, palming an inviting top-edge for four and setting in motion a relentless passage of power-hitting.

Rashid was the unlucky bowler and quickly paid the price, Morgan heaving two of his next four balls for six. The star leg-spinner had conceded 36 off his first five overs and shipped an incredible 74 off his next four.

Morgan race past Root in the 40th over, during which he became the eighth man to reach 200 ODI sixes. He converted 50 into 100 in just 21 deliveries, clearing the ropes three times in six Rashid Khan balls, and kept on swinging.

Morgan levelled the sixes record with back-to-back blows off Gulbadin then brushed off Root's dismissal by hitting a 17th hard over his fellow skipper's head. He holed out next ball, finally falling short as he aimed over long-off.

Jos Buttler and Ben Stokes came and went without adding to the entertainment but Moeen Ali whacked 30 in an eight-ball cameo that took England's six tally to 25, another all-time high.

Only the wildest optimist would have entertained hopes of a successful chase and the reply became something of a box-ticking exercise as a result.

Tokyo Olympics To Start From July 23,2021 By NEW SPOTLIGHT ONLINE 1 day, 3 hours ago