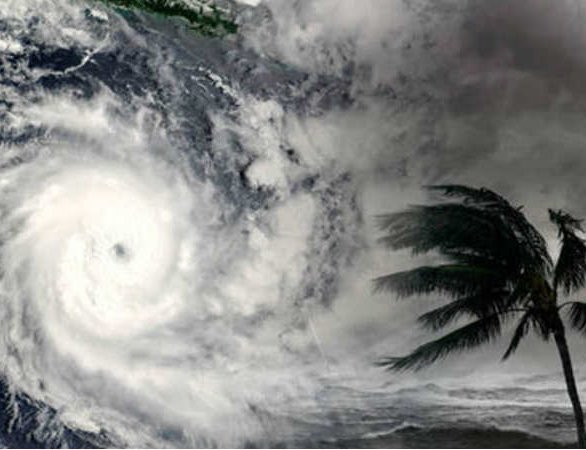 Meteorological Forecasting Division says that Monsoon has entered eastern part of Nepal today and it is at the stage of expansion to western parts of Nepal. It says that within a few day monsoon will cover all over Nepal.

Although Monsoon generally enters Nepal on June 10, this year it enters on 20 June. It is almost ten days late.

According to the division, there will be generally cloudy throughout the country. it says that there will be Light rain or thunder and lightning likely to occur at some places of the eastern and central regions and at a few places of the western region.

To begin with East/Northeast India, a cyclonic circulation lies over Sub-Himalayan Wes Bengal and Sikkim. A trough is extending from this circulation to Andhra Pradesh across Gangetic West Bengal and Odisha.

We expect moderate to heavy rains over Sub-Himalayan West Bengal and Sikkim. In fact, light to moderate rains with few heavy spells will occur over the northeastern states and Odisha. Meanwhile, light rains are expected over Northeast Bihar and Jharkhand. Bihar will observe slight relief from the ongoing heat.

The El Niño nightmare was already haunting Monsoon 2019, when Cyclone Vayu further added to the fury. Skymet Weather had already predicted poor rainfall for June to the tune of 77% in April itself.

According to weathermen, initial weather conditions were already not favorable for a good start to the Monsoon and this cyclonic storm Vayu was final nail in the coffin. What was once responsible for onset of Monsoon 2019 over Kerala on June 8 became the biggest deterrent in progress as well as the performance of Monsoon 2019.

It would not be wrong to say that Cyclone Vayu, not delayed but completely stalled the Monsoon 2019. In fact, the first sign of appearance of Cyclone Vayu had indicated that worse is in the store for Monsoon this year.

After making onset on June 8, Monsoon became stagnant for good 4-5 days. Thereon taking only baby steps and so far, has covered parts till Coastal Karnataka and northeastern states only.

In fact, till now Monsoon surge usually covers more than two-third of the country covering major cities of Mumbai and Kolkata. However, Monsoon 2019 has just covered in one-third parts only. Blame it all on Cyclone Vayu, which has been governing the rainfall over the country so far.

The storm had formed in Southeast Arabian Sea and moved in north-northwest direction parallel to the coast. Initially the system gave rainfall over Kerala but as it moved up and became more marked, the rain belt also shifted along the system. In fact, the rains had almost vacated interior parts of the country.

Although rains, indeed some moderate to heavy rains were seen over Gujarat and Maharashtra coast, but these showers were purely pre-monsoon ones and had nothing to do with Monsoon current.

Places such as Karnataka, Maharashtra, Andhra Pradesh, Telangana and Madhya Pradesh were not able to qualify for the advancement of Monsoon over these areas. There must be persistent changes in the weather such as rainfall, wind pattern, temperatures and humidity for progress of Monsoon, which have been missing from most parts of the country.

Further also, we do not expect any active advancement in Monsoon surge. Although Cyclone Vayu has now dissipated and wind pattern is also gradually changing, but it would at least take a time of 3-4 days for conditions getting conducive for further progress of Monsoon 2019.

The delay in the progress of Monsoon has been having direct bearing on the performance of Monsoon season. The impact of this could be seen on the countrywide cumulative rainfall, which is largely deficient. As on June 18, the deficiency for India stands at 44%, wherein the country has recorded 46.1 mm of rain against the average of 82.4 mm from June 1 to June 18.

Going by these numbers, we are afraid that June is going to perform even worse than expected. As per weathermen, historical statistics indicate that rainfall deficiency of over 40% during June cannot be recovered at any coast, until and unless couple of cyclones or depression form and dump some torrential rains. And, nothing of this sought is happening as of now, at least in June.

In the coming days, the low pressure area is likely to form in Bay of Bengal, which would give some heavy rains over Odisha, Coastal Andhra Pradesh, Maharashtra, South Madhya Pradesh, and Telangana but it would not be sufficient for improving the rainfall deficiency.

Light Snowfall Will Likely At A Few Places Of The Western High Mountainous Region By NEW SPOTLIGHT ONLINE 1 day, 19 hours ago

Weather Forecast For November 21: Mainly Fair In The Country By NEW SPOTLIGHT ONLINE 2 days, 19 hours ago 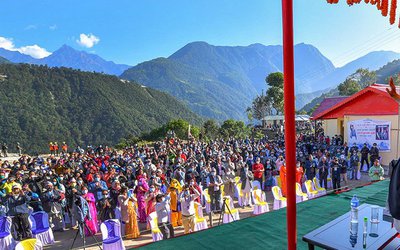 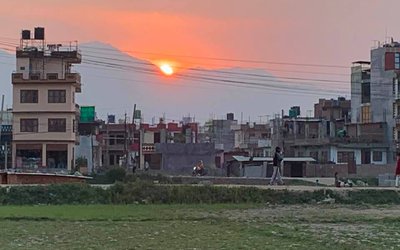