Lychees Blame For Outbreak Of Fever In Bihar, Death Toll 160

Lychees Blame For Outbreak Of Fever In Bihar, Death Toll 160 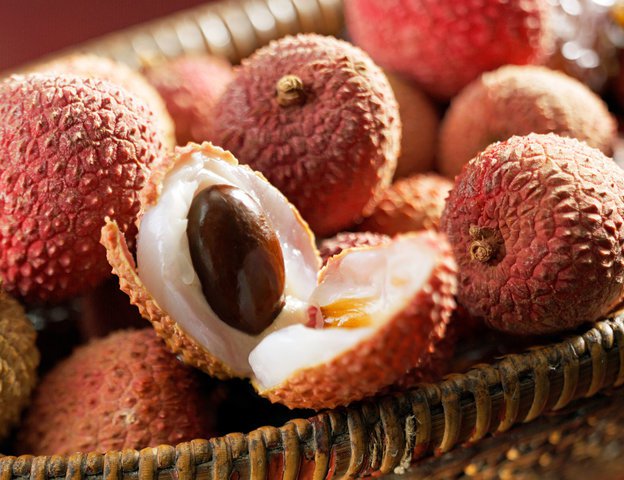 Acute Encephalitis Syndrome (AES) continues to pose a tough challenge for the Bihar government. In the last three weeks, more than 160 children have died in the state due to the killer disease.

According to officials, in Muzaffarpur alone encephalitis has taken the lives of around 110 children.

The rising cases of encephalitis and brain fever have raised questions on negligence and unpreparedness by doctors and government officials to tackle the situation.

On Tuesday, when chief minister Nitish Kumar visited Muzaffarpur to review the condition of patients he had to face protests by angry people amid sloganeering outside Sri Krishna Medical College and Hospital (SKMCH), where most of the children have died since the outbreak of AES and brain fever.

Facing criticism over inadequate infrastructure, like beds, and lack of medical professionals in SKMCH, the district administration has converted the prisoner’s ward into a makeshift pediatric ICU.

Over 402 children are currently being treated at four ICUs at SKMCH.

Health officials from Muzaffarpur said, “Fresh cases with AES symptoms have been arriving for treatment almost every day since the outbreak of the epidemic. There is a shortage of beds but the hospital management is trying to cope with the outbreak with whatever infrastructure is available here”. 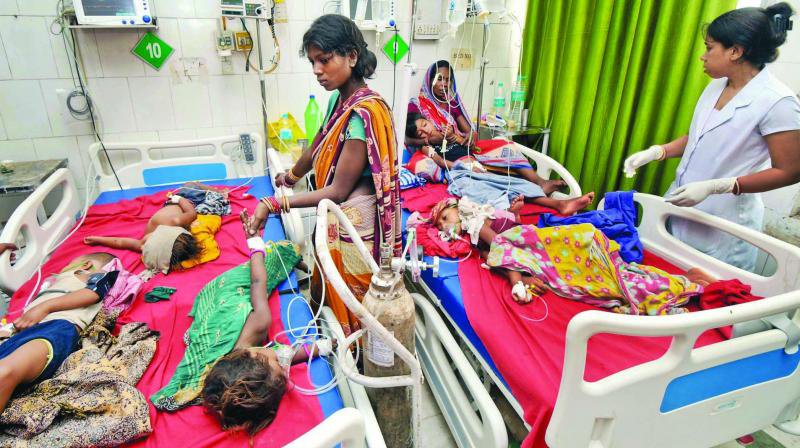 Experts claim that encephalitis is a vector-borne disease which causes inflammation in the brain and its symptoms are convulsions, fever, and headache. It occurs mostly in summer and in north Bihar, the disease is locally known as “Chamki Bukhar” or “Brain fever”.

According to a report, the symptoms of encephalitis which has affected the lives of more than 300 children in North Bihar could be linked to a toxin which is mostly found in litchi fruit.

Muzaffarpur is the largest producer of litchi in the country and most of the cases have been reported from the district.

The outbreak of the disease has been hitting the region every year since 1995, usually during the litchi season. Muzaffarpur is the largest Litchi producing region in the country.

Sources said that most of the children who were admitted to hospitals with AES symptoms and lost their lives belonged to marginalized sections.

Recent studies suggest that toxins in lychees are the root cause. The toxins prevent undernourished children from producing enough blood sugar, leading to death, some studies say.

Health experts have long been dumbfounded by the root of the encephalitis outbreak, commonly known as brain fever, in Bihar's Muzaffarpur district.

Recent studies have suggested that natural toxins in lychees could harm undernourished children by blocking their ability to produce enough blood sugar, which can lead to death.

The link to the fruit, however, is inconclusive, said Alok Ghosh, the Muzaffarpur district magistrate, who said that in about half of the more than 400 known cases of encephalitis, the children had not consumed lychees.

Three medical sources at the Sri Krishna Medical College and Hospital, where some 95 patients have died, said they thought serious dehydration was likely to blame.

Early symptoms can be similar to those of flu, with patients suffering from high temperatures or headaches. But symptoms can worsen within hours, and can include serious complications like seizures, paralysis and coma.

Lychees may be the culprit

Researchers who conducted a study of 390 children who fell sick in 2014 in Muzaffarpur said that lychees contained hypoglycemic A, an amino acid that can disrupt metabolism, lowering blood sugar levels. That can trigger hypoglycemia, and in extreme cases, death.

"The synergistic combination of (lychee) consumption, a missed evening meal, and other potential factors such as poor nutritional status, eating a greater number of litchis, and as yet unidentified genetic differences might be needed to produce this illness," the researchers said in their study, which was published in the Lancet in 2017.

Retired virologist T. Jacob John also raised the possibility that encephalitis cases in Muzaffarpur could be associated with lychees in a 2014 study published by Indian science journal Current Science. Muzaffarpur is a major hub for growing lychees, which ripen at this time of year.

Doctors and officials are testing children for a variety of conditions and many are divided on the cause of the disease.

But dehydration as a heat wave sweeps India could be to blame, according to medical staff in Muzaffarpur.

"In my observation it is nothing but an epidemic of heat stroke," said Gopal Shankar Sahni, the head of the Sri Krishna Medical College and Hospital's pediatric department.

Still, another doctor visiting Muzaffarpur from India's financial capital of Mumbai said eating lychees could exacerbate dehydration symptoms. "The child is hypoglycemic and if they eat them it gets worse," said Ravikant Singh.

Officials are scrambling to contain the outbreak, but victims' relatives say poor hospital facilities have allowed the death toll to balloon.