TIA To Resume 18 Hours Of Operation From July

TIA To Resume 18 Hours Of Operation From July 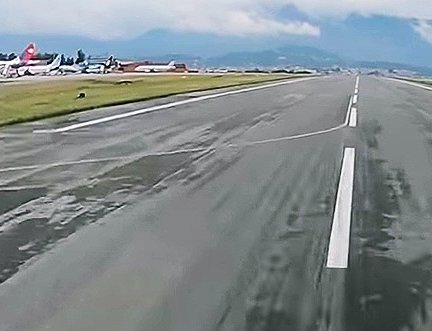 If the works continue to go at the current pace, the work of rehabilitation of the runway of Tribhuvan International National Airport (TIA), Nepal’s only interntional airport, will complete by end of June, a week ahead of its schedule of June 30.

As the rehabilation works is taking place in full swing, Tribhuvan International Airport (TIA) is preparing to resume operation for 18-hours-a-day from July. Currently, the airport is closed for 10 hours every day from 10:00 pm to 8:00am for runway rehabilitation work.

According to senior official, the remaining work of constructing taxiway and parking bays will begin from September 1, with the target to complete it by December 3. “During that time, the runway will be closed from 11:30pm to 6:30am for construction work.”

The Himalayan Times Daily reports quoting Raj Kumar Chhetri, general manager of TIA, the rehabilitation work will be finished within a week. “A final phase of rehabilitation work is going on at the moment. Considering the work pace, it is likely to be completed within 10 days,” he said.

”After completing the runway rehabilitation, the notice to airmen (NOTAM) will be removed and TIA will begin the construction of taxiway and parking bays from September 1 reports paper.

As per Chhetri, the flights will be less affected during September to December NOTAM period compared to now.

Around 400 flights, including 100 international flights, are being operated from TIA every day. With this upgradation, TIA management expects the air congestion problem to ease and the airport to be a bit better managed.