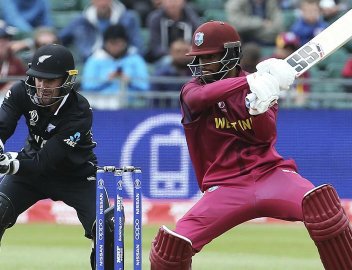 Cricket fans were left in stunned silence as New Zealand and the West Indies played out one of the all-time great World Cup matches.

New Zealand’s unbeaten Cricket World Cup run went within one shot and metres from being ended in the most improbable way as Carlos Brathwaite blazed away for West Indies.

Brathwaite hit 101 from 82 balls and combined with the last three batsmen to add 122 runs, getting the West Indies within six runs of a spectacular comeback victory with six balls remaining.

However, the Kiwis held on to win by five runs to regain top spot in the standings, one point above defending champions Australia.

It very nearly went the other way.

Brathwaite went for broke, trying to hit the last ball of the 49th over from Jimmy Neesham for six, and was caught on the long-on boundary by Trent Boult.

It was the second key catch in the deep for Boult, who also caught Chris Gayle and took four wickets as New Zealand bowled out West Indies for 286.

New Zealand skipper Kane Williamson’s 148 and 160-run partnership with Ross Taylor proved pivotal, helping New Zealand rally to 8-291 after losing both openers for first-ball ducks in the first over.

New Zealand appeared to have the game in hand with West Indies reeling at 7-164 in the 27th over. But in yet another wild momentum swing, Brathwaite’s cameo contained five sixes and nine boundaries and took the match to the wire.

He sank to his knees when he saw Boult hold the catch in the deep.

Cottrell finished the innings with a flourish, adding the late wickets of Tom Latham (12) and Williamson to return 4-56 from 10 overs. 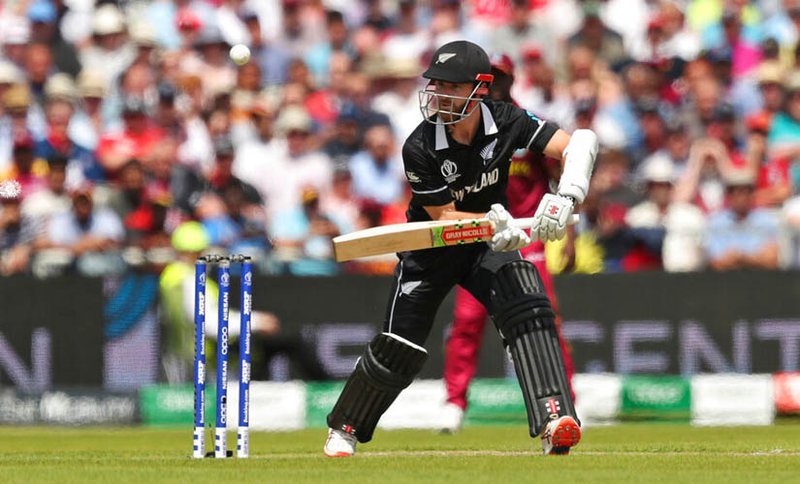 The game swung the other way when Lockie Ferguson bowled Hetmyer on the first ball of the 23rd over and had Jason Holder caught behind next ball before the Windies slumped to seven down as they lost 5-22 in 28 deliveries. However, Brathwaite plundered 25 in the 48th over to make for a memorable finish.

Fans couldn’t believe what they were watching and sat on the edge of their seats as the game went right down to a nailbiting finish and making it an all-time classic.

West Indies still have a mathematical chance of reaching the semi-finals and face India next while New Zealand will play Pakistan.

'I'm Tired Of Always Being Everyone's Problem': Messi By Agencies 5 days, 19 hours ago

Germany's Shocking Loss In Spain By 0-6 By Agencies 6 days, 19 hours ago

England Fall To Belgium In The National League By Agencies 1 week, 1 day ago

Messi Has Shown He Is Still The Best, Says Barcelona Boss Koeman By Agencies 1 week, 6 days ago