Nepal’s Development Challenges Of The Decade

Nepal’s Development Challenges Of The Decade 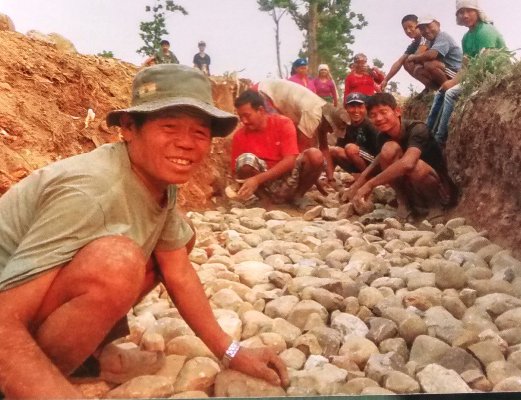 Exactly two months after the first interaction program between National Planning Commission (NPC) and Nepal Policy Institute (NPI), a follow up session attended by a senior member of the planning commission was held in Bangkok on 29 May 2019. NPI recalled issues of concerns in the context of preparation of the ongoing Long-Term Periodic Development Plan of Nepal. Recommendations included priority goals for consideration by the government in the areas of (i) Food Security, for Nepal’s imports of basic food items have not abated; (ii) removing restrictions on all foreign direct investment laws; (iii) adoption of economic diplomacy as top foreign policy strategy. However, there is ambiguity in the current budget plan for budget focus is on general welfare for political expediency.

In the context of long-term development plan, Nepal Policy Institute has recommended a theme of building physical infrastructure for connectivity, increased food production of basic food commodities, prudent and effective use of management of natural resources, with enhanced institutional monitoring capabilities, starting with effective National Planning Commission. Proposed theme could have commenced through the current annual budget cycle.

Nepal Policy Institute stresses the fact that without increased production of basic foods Nepal will remain vulnerable for it is seriously in a vicious circle of food insecurity. National sovereignty is compromised nation’s economic vulnerability hinges on inadequate supply of basic food items because Nepal is largely dependent on food imports from India. Government must attend to this and urgently open all investment avenues for food production. This should start with removing all foreign direct investment barriers in small and medium enterprises. Promote foreign private investments in agriculture to boost increased food production by creating competitive productive environment which would contribute to increased basic food commodities, cost efficiency, quality product and better consumer pricing and reduce dependency from food imports.

Without removing investment thresholds and restrictions on small and medium scale enterprises there is neither going to increase investment in agriculture sector nor generate rural employment. Employment-focused investment in small and medium enterprise is practiced in countries in Asia and elsewhere. There is no need for limitations on investments so long as enterprises generate local employment. Foreign private investments will not eliminate local enterprises. Instead, it creates competitive environment and promotes innovation through innovative entrepreneurship which will result into production, quality, competitive pricing and generate employment. However, support to vulnerable local communities will be essential in this endeavor for creating long-term sustainability.

Global economic environment is undergoing a trough of times. But the clear direction is yet to fully comprehend, due to rise in protectionism in industrialized countries fueled by continuing trade disputes between the USA and China and others, income disparity and technology war between the economic giants.

The rise of protectionism in trade can be attributed mainly to (a) widening income gaps between those who “have” benefitted from liberalized economic globalization and those who “have not”; (b) stagnant economic growth in the Western Hemisphere; (c) shift in growing market economic phenomenon to the East and falling demand in industrialized countries; (d) innovation and application of game-changer algorithm; and (d) anxiety over disruptions emanating from advancing artificial intelligence. These challenges will impact almost everything we can imagine, including on employment, production, consumption, human behavior, socio-political values, and, more significantly, Supply Chain disruptions affecting emerging economies in Asia and beyond. But every challenge comes with new opportunities if we can recognize them and be creative and innovative.

Nepal Policy Institute is curious whether government of Nepal intends to capitalize on such opportunities as some countries in Asia are either preparing or already marching so. NPI believes Nepal must forthwith abolish all restrictive investment measures making Nepal the most attractive destination in the world. Nepal must integrate into world economic mainstreams, follow the trends through closer economic alliances with economic giants accessing wider market and nothing less.

Without eliminating restrictions on foreign direct investments why would any private entrepreneur come to protectionist Nepal for investment and for what reasons? We must re-evaluate our economic strategies, which generally appear ineffective. Economic diplomacy should be energized pragmatically and timely and be conducive to creating free and open domestic investment environment, starting at international business arena promoting technology, free trade, innovation and supply chain.

Poverty Eradication and Standard of Living:

Nepal remains one of the poorest countries in the global map. Government ought to address this more coherently and differently drawing on relevant experiences from other countries, specially China. Extreme poverty level below US$1.90 per person/day (at 2011 prices), as established by the World Bank in October 2015, remain static and this could change by the time Nepal reaches to next category level.

Poverty eradication program suffers from poor management of funds, program overlapping and duplication of activities lacking sustainability focus because of politicization, faulty implementation and unsatisfactory monitoring. Such program cannot ensure every citizen will have access to basic health care, clean water, schooling to high school (beyond functional illiteracy), sustainable income, food with minimum nutrition, clothing, shelter and security which define standard of living. Per Capita Income of US$ 1.90 (determined at 2011 prices) will not be adequate for an acceptable level of minimum standard of living in the next decade.

Governments have been professing that Nepal will graduate from Least Developed Country (LDC) category to Middle-Level Income countries by 2021 and attain Sustainable Development Goal by 2030. This requires we must raise either per-capita income level to US$ 2,460 from the current estimated level of US$ 1,007 or maintain steady progress target at no less than minimum of 66% on Human Development Index and 32% on Economic Vulnerability Index.

With restrictive investment environment and protectionist laws in statutes, absence of industries, basic infrastructures and without structural changes, skilled labor, technology and access to larger market Nepal is unlikely to achieve US$ 2,460 per-capita income target for graduation into the next category during the 2021 triennial review or able to sustain minimum progress achieved on Human Development and Economic Vulnerability Indices.

Informed Nepal observers wonder whether there is an expectation that Nepal will be treated differently, or by any default, promoted to entrance level of the next category and likely to forfeit all special treatments as favoured nation associated with LDC in securing investment, loans, credit and trading facilities in concessional terms. This can only be a self-inflicting venture like ‘hara-kiri’ in nation’s development history.

The moot question is what specific efforts and productive activities are contemplated to raise extreme poverty level from US$ 1.90 per person per day to reach US$ 3.20 required for Lower Middle-Income level in the upcoming development planning cycle? Mere emphasis on annualized projected growth based on volatile service and volatile agriculture sectors will not ensure sustainability at the next level. We must not only bridge the income disparity gaps through raising real income level of citizens and maintain it, beyond cash subsidy by state, who are at the lower margin of economic strata. Otherwise, economic development will be trapped within the confines of a small middle class that dominates Nepal’s economic landscape, and socio-economic disparity will continue to widen further.

Lessons must be learned from the experiences of Brazil, the Philippines, South Africa, Argentina and India, for example, where economy is getting trapped within the limits of middle-income group. This phenomenon is creating unexpected social exclusion of many and contributing to the rise of political populism through nationalism.

Environment and Quality of Life

Kathmandu valley has notoriously become one of the most polluted cities in the world and melting Himalayan glacier is not going to spare unforeseen disastrous in Nepal. This is no time for complacency. We must urgently find a long-term permanent solution to mitigate this. The national capital city faces serious health hazards due to air pollution (reportedly kills over 30,000 persons annually), depleting water table, increasing industrial poisoning and soil erosion. Research reports indicate Kathmandu valley lies on alluvial soil structure and highly susceptible to high intensity earthquakes for valley is on the Himalayan fault lines. It is high time government and planners start contemplating relocation of capital away from the susceptible valley.

National Planning Commission should study and explore viable options for reasons of earthquake vulnerability, congestion, health hazards, water shortage, growing population, over-crowding and difficulties in redesigning expensive physical infrastructure, and, most importantly, for better quality of life. Government can develop separate administrative and political capital city or plan for a new one, away from the valley, while promoting cities and towns of the valley as national heritage and religious sites as prime tourist destination.

Nepal And The EU Share 20 Years History Of Partnership On Education By Jutta Urpilainen 10 hours, 7 minutes ago

Be Works By Hemang Dixit 11 hours, 8 minutes ago