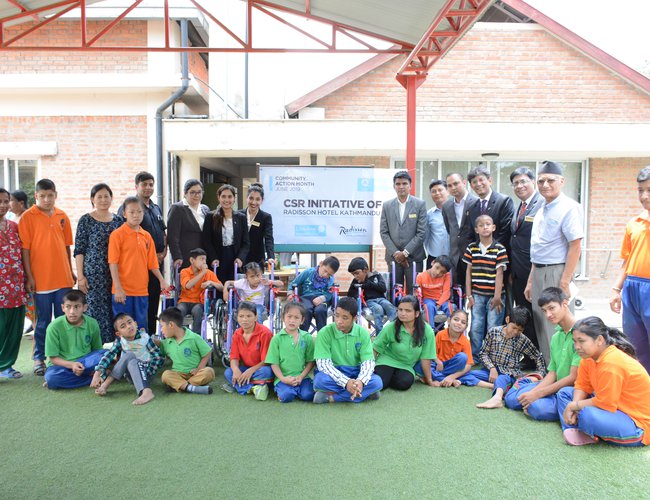 Radisson Hotel has been celebrating the month of June as their CSR month particularly dedicated to doing responsible business with themes “Think Planet”, “Think Community” and “Think People”.

The hotel organized "Make a Difference Campaign” on 19th of June, 2019 from 3:00 pm to 4:00 pm. Make a difference campaign launched on 22nd October 2018 to 31st March 2019 worldwide by Radisson Hotel Group and was adapted by all member hotels across the globe to donate US$1 per room night to SOS Children’s Villages.

Radisson Hotel Kathmandu donated USD901 to SOS Children’s Villages, Sanothimi as a part of the campaign. In the handover ceremony, Kiran Pant, HR Director of Radisson Hotel Kathmandu, highlighted key importance of sustainable partnership between companies and social units to strengthen and enhance the social well-being in the national and international level.

The hotel organized “Support in Special Children's Mobility Campaign” on 20th June, 2019 from 11:30am-1:00pm. The main highlight of the campaign was the handover of 5 special wheelchairs to children with permanent movement disorders at Cerebral Palsy Nepal. 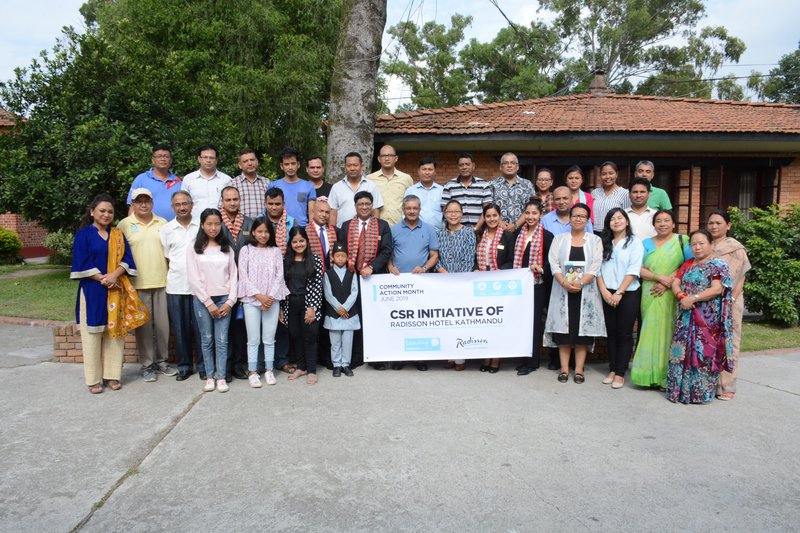 Pawan Rajbhandari, Director Sales and Marketing, Radisson Hotel Kathmandu, stated the significance of the concept of giving back to the community which results in improvising the present condition of needed ones.

Bimal Lal Shrestha, CEO, Cerebral Palsy Nepal, expressed how surprised and impressed the entire team is with increasing trend of companies calling up for collaboration such as Radisson Hotel Kathmandu. He also believes when more corporate houses come up to them with willingness to support, it will be a little easier to spread awareness about the condition and it’s treatment. Towards the end of the campaign, the employees of Radisson Hotel Kathmandu also procured handmade floor mats, candles, bags and post cards made and placed on display by the differently abled children at Cerebral Palsy Nepal. Radisson Hotel Group is known globally for their responsible business practices.

" Likewise, Radisson Hotel Kathmandu has put up continuous effort by showing that they care about the lives of people outside the walls of their businesses by conducting numerous CSR activities every year. The company encourages and advocates on sharing resources with less fortunate ones to unite for common causes," said a press release issued by Paramita Kandel, PR and Marketing Executive of Radisson Hotel.