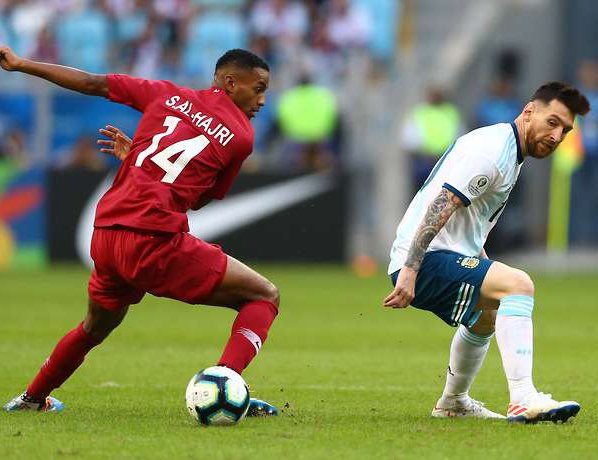 Lionel Messi’s dream of winning an international trophy with Argentina remains alive after the South American nation sealed a 2-0 victory over Qatar in their final Copa America group-stage match in Porto Alegre.

After picking up a single point from their two opening group games - against Colombia and Paraguay - La Albiceleste knew this was a must-win match.

"It would be crazy if we can't advance from the group stage, when basically three [teams] advance from each group,” Messi said earlier this week. “I have no doubt we'll do it."

However, it wasn’t Messi who sent Argentina through to the quarter-finals: it was Lautaro Martinez and Sergio Aguero.

With just four minutes on the clock, Martinez capitalised on a disastrous piece of play from Qatar inside their own box to put Argentina 1-0 up.

Bassam Hisham’s dreadful pass was intercepted by the Inter Milan striker, whose touch and finish past Saad Al Sheeb were perfect. 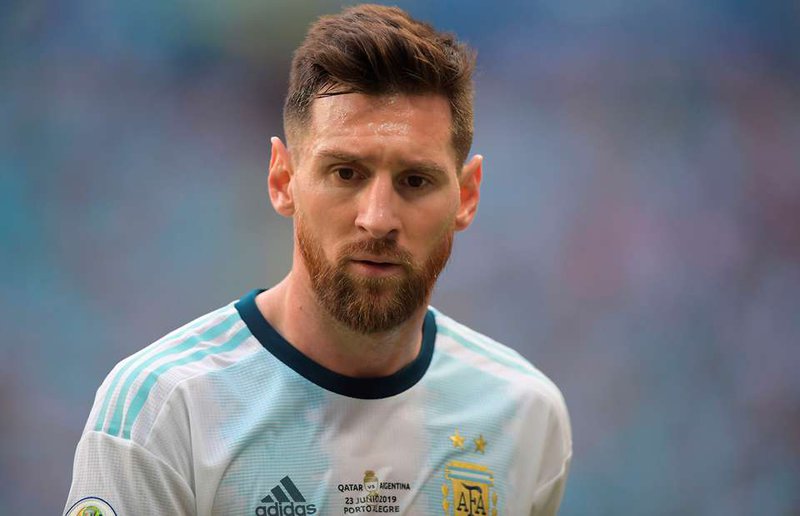 It was the dream start for Lionel Scaloni’s men, who knew that anything but a win would leave them out of the tournament.

This was an improved performance from Argentina after the shambolic displays against Colombia and Paraguay, but that’s not saying all that much.

Nicolas Otamendi and Martinez both spurned chances to double Argentina’s lead before the half-time interval, leaving the match delicately poised with 45 minutes still to play.

“With the chances Argentina have created it could be 3-0, but that would belie a very shaky performance in the moments when they've not had the ball,” Argentina football writer Sam Kelly tweeted at half-time. “Shape is better but they still look like a team without a manager.”

Into the second half and Argentina continued to struggle to put the game beyond Qatar, who stunned Japan to win the Asian Cup back in February.

"It's almost impressive how a team with Aguero and Messi in it can look so impotent," Dan Colasimone, another Argentina football expert, tweeted.