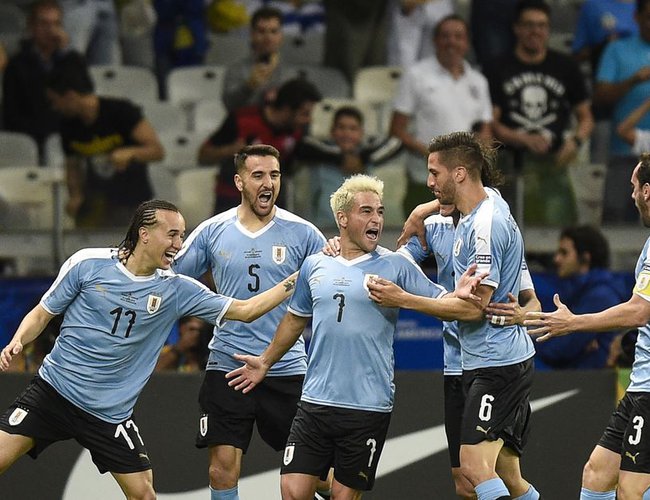 Uruguay beats Chile by 1-0 in COPA cup Football tournament. After winning the match, Uruguay has confirmed its place in the quarter-finals and the top spot in the group.

Uruguay looked impressive in their opening match but they looked weaker defensively in the Japan match possibly due to the injury to Matias Vecino leaving less protection to the defense.

For Uruguay have guaranteed qualification but need to win to finish in first place after they were surprisingly held to a 2-2 draw against Japan in their second match.

They were forced to come from behind on two occasions against Japan with a Suárez penalty and a goal from Giménez salvaging a point against the tournament guests.

Already missing midfielder Matias Vecino who pulled out of the squad through injury prior to their second match, left-back Diego Laxalt is also expected to miss out after coming off injured in the game against Japan had badly shaken the position of Chile.