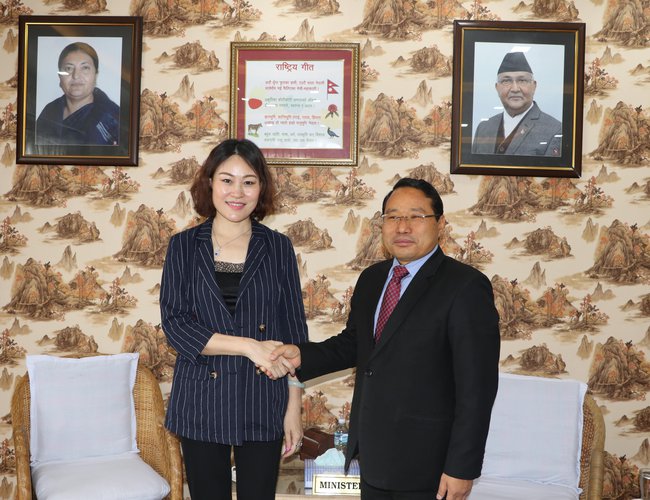 Minister Pun requested this during his meeting with Chinese Ambassador Hou Yanqui at his office. During the meeting minister Pun and ambassador Yanqui also discussed the matter of bilateral relations and mutual interes.

In his reply minister Pun said that Chinese companies are globally competitive and completing the work timely in other parts of the world. He said that the government is ready to improve its conditions if there are something wrong in the system.

Chinese ambassador said that Nepal is a good friend and neighbor of China and China always cares Nepal's concern. She also said that 14 Chinese Companies are working in 24 projects in Nepal now.